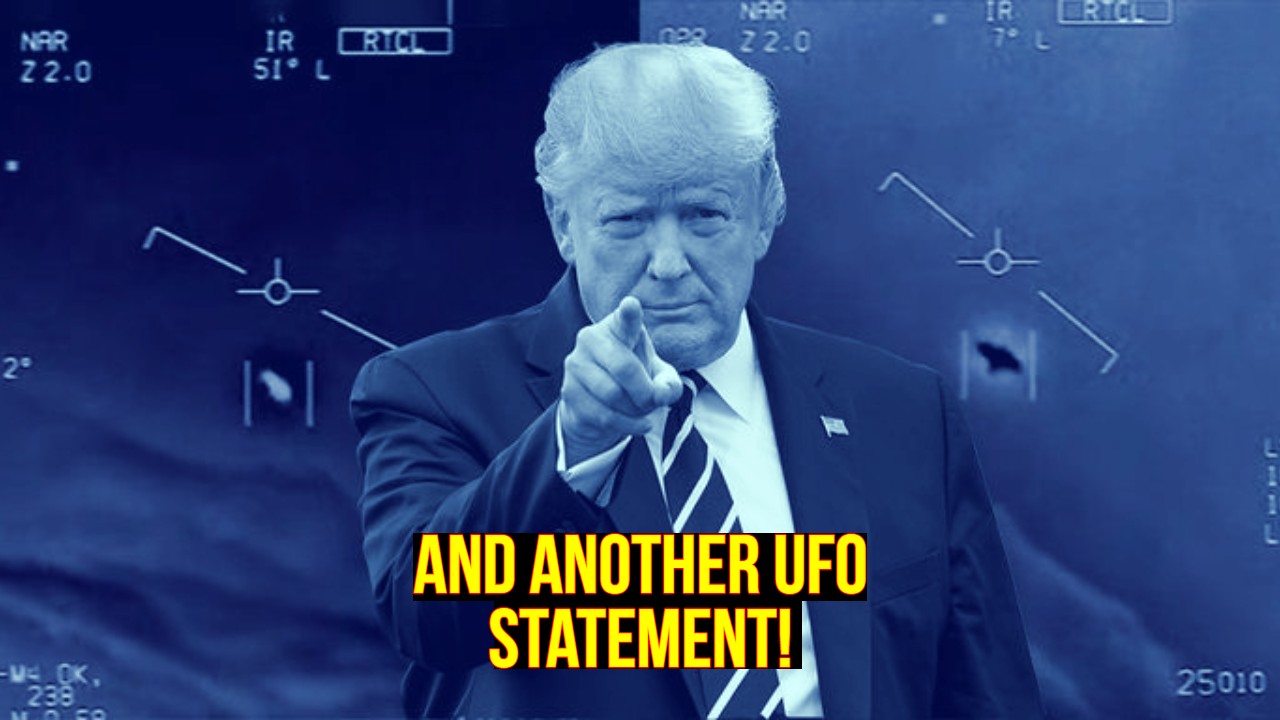 Here is an article I came across yesterday and wanted simply to acknowledge it here. Apparently President Trump was (once again) asked about UFOs and aliens. Can our world get any weirder? Somehow I missed this when it happened on Sunday, but Fox News host Maria Bartiromo asked Trump, “Are there UFOs?” His answer, which is classic Trump:

“I will tell you this: We have now created a military the likes of which we have never had before. In terms of equipment, the—the equipment we have, the weapons we have, and hope to god we never have to use it. But have created a military the likes of which nobody has, nobody has, ever had. Russia, China, they’re all envious of what we had. All built in the USA. We’ve rebuilt it all—$2.5 trillion dollars. As far as the other question I’ll check on it, I heard about it two days ago actually.”

Classic Trump! So, exactly what he was trying to convey here is anyone’s guess. The first segment of that answer was basically his proud statement about how expensive and badass the U.S. military infrastructure is, and was directed not at aliens but Russia and China. But you have to wonder why he brought all that up when the question was about UFOs! Is that Trump being totally nonsequitur? I am inclined to think that’s the main element in all this, but then again, SOMETHING prompted him to bring all that up in connection with UFOs and aliens.

We might wonder if he thinks the U.S. military is in some kind of military preparation mode against an alien threat. The Popular Mechanics article below certainly pointed out how ludicrous it would likely be to think that any Earth military could defeat an invading society that came here across space. That’s certainly the most common reaction and it’s not surprising. Of course, there are so many factors involved in all this.

First of all, the whole thing presupposes they are going to come here with an armada from somewhere and we will Star Wars them into oblivion. That’s pretty dumb. Nothing in the history of UFOs remotely indicates that this is a viable planetary self-defense strategy. After all, SOMEONE is already here and they are based most likely all over this planet. So yes, pretty dumb thing to say. Of course, that’s not unique to Trump. We have never really gotten anything intelligent from the global political establishment on this topic, ever, so why start now?

Now what was interesting was his last statement there. “I’ll check on it, I heard about it two days ago actually.” That would mean last Friday, October 9. Well yes indeed. Assuming that’s true, we all find that interesting, don’t we? But of course, what in the devil’s name did they discuss?

I don’t know about you, but looking at the utter insanity of everything going on around us, how did it happen that conversations about UFOs are the most sane thing happening?

And yes, I agree with all of you who are inclined to dismiss this as meaning much of anything. Even so, even the dense people in the media are starting to realize that if they ask Trump about UFOs, he’s likely to say something.

33 thoughts on “Amid the Current Madness, Trump Talks UFOs … Again!”