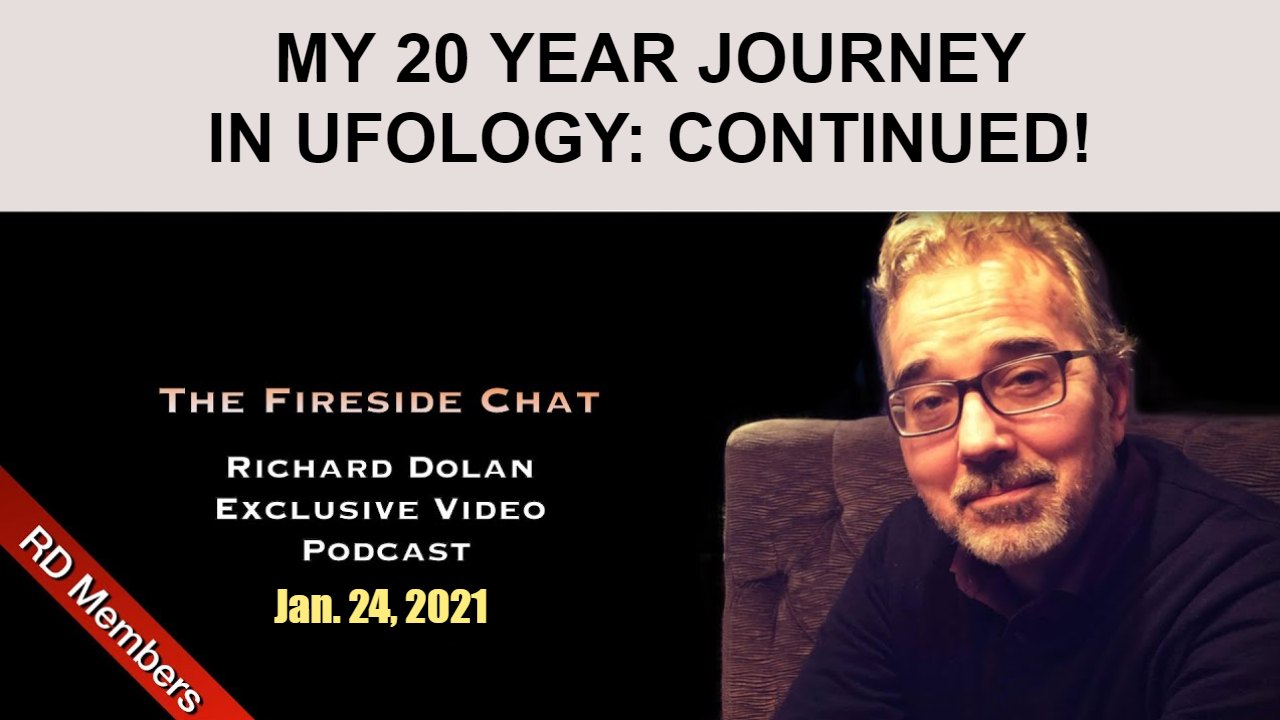 I am back with Part Two of my 20 Year Journey in Ufology. Boy, there is just so much to talk about, and honestly I barely scratched the surface. On top of that, I truly rambled around a bit with some digressions that, if nothing else, interested ME! Hopefully you will enjoy them.

One early digressions is discussion of Robert Bigelow and his apparent recent UFO crash retrieval admissions — something I will definitely be exploring with you this week. Another less fun early digression concerns the nature of public/political vs. private life … and genuine totalitarianism. That is, the removal of what was once one’s private world, and then politicizing it, a sure mark of a totalitarian society.

Among the later digressions are talk about the Twilight Zone, Alfred Hitchcock, Miles Davis, Bill Evans, and John Coltrane, and the general state of what we might call American Civilization circa 1960. And it goes on from there.

In between is a long talk on the state of Ufology, mostly during the Great Desert of UFO Journalism, otherwise known as the Obama years. I do have quite a bit to say about the five great sightings that were publicized prior to that (Phoenix 1997, Millstadt 2000, DC 2002, O’Hare 2006, Stephenville 2008), which in retrospect put the UFO community into a rather engaged and perhaps optimistic mode.

But then came the Great Desert of reportage from 2009 until 2017, quite a remarkable period of mainstream journalistic  nothingness in relation to UFOs. And how this affected our general culture — “our” meaning the culture of those of us in the UFO community. In addition, I talk quite a bit about my own development during those years, my sphere of interests as well as the field in general. Secret space. Breakaway. Black budgets. Disclosure. Whistleblowers. 2012 Ascension.

All of this and more gets discussed in my ramble.

All in all, this was fun for me to do, and I surely hope you enjoy it. Ninety minutes, so it’s a bit of an investment. Get a glass of wine or tea or your favorite beverage and snack, and sit down with me for an evening (or afternoon or morning) fireside chat.

At some point I will need to bring in an actual fireside. 🙂