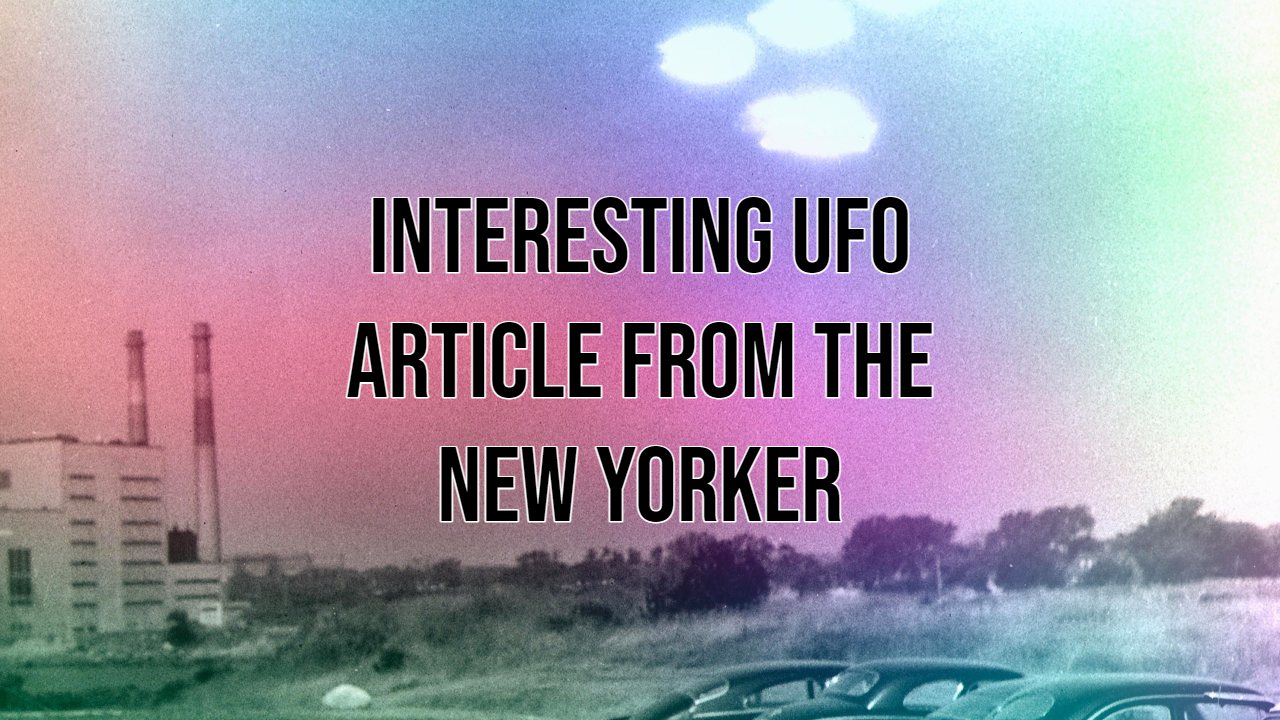 Very interesting article published today by the New Yorker. It’s very long and centers primarily around Leslie Kean, but gives a good overview of the UFO subject right up to the present day. There’s a certain amount of the arrogance you would expect from this type of treatment, but much of it is well done. And there is a lot in here.

31 thoughts on “Interesting UFO article in the New Yorker”