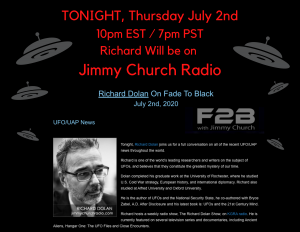 We apologize for the short notice, but Richard will be doing an interview with Jimmy Church tonight on Fade2Black radio.

There are several ways to listen LIVE: