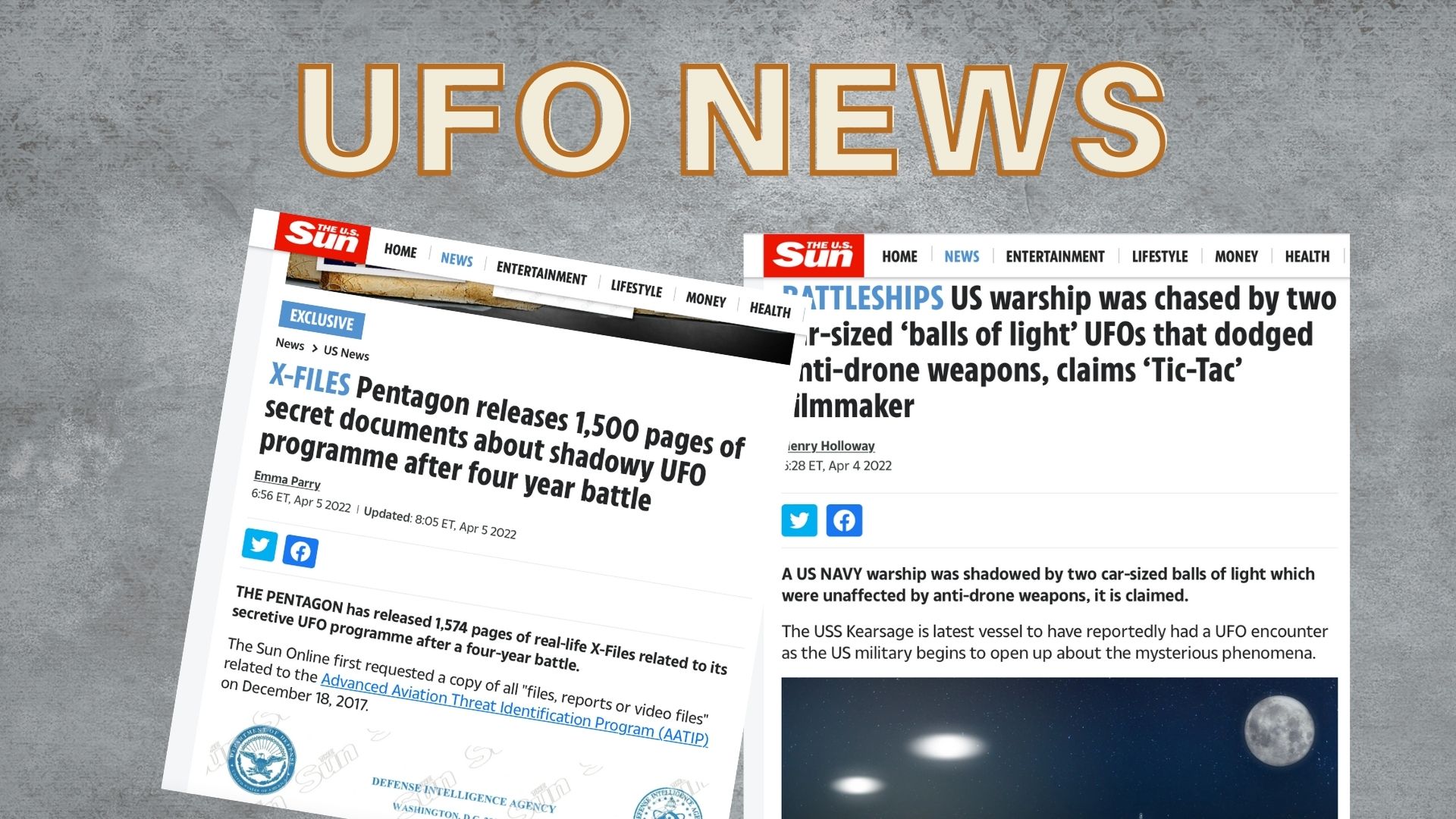 While I’ve been spending most of my time going through ancient UFO history (sightings and politics in 2008), much to my chagrin, I learn that time doesn’t stop just for my convenience. In the last two days, two very interesting reports have come out and I just want to note them here and bring them to your attention, if you haven’t seen them yet.

Both are definitely noteworthy. Both also are courtesy of The Sun — often derided as a tabloid but these are both good examples of reporting. Please check both of the articles, which are linked below.

One concerns new revelations about yet MORE encounters by the U.S. Navy with unexplained UAP/UFOs.

Regarding this new Navy story, the main points are as follows:

That’s a very impressive series of facts. Much respect to Dave Beatty for getting this story out, and we certainly want to learn everything else that we can about it.

The other story concerns the results of a FOIA request initiated by The Sun, and this was a FOIA request from more than four years ago pertaining to documents of the AATIP program. It took that long to get a response from the DoD, but they have received 1,500 pages. It’s not clear where these documents are in order for us to read them (I don’t see them yet on the Black Vault). I assume we can read them soon.

Here are the main bullet points:

There’s more in the article, which I encourage you to read. I am curious about some of this new information. I suspect some of it includes things we already knew, such as the titles of the 38 papers that Hal Puthoff requested from scientists as a way to understand future science that might be relevant to the UFO subject. This is something Puthoff discussed in 2018 and which was reported on previously. But there certainly seems to be new information in this cache and I would love to read it. I am sure it will be available soon.

If someone knows whether the documents are available please let the rest of us know!

By the way, I keep finding incredible UFO encounters from earlier this century. I am about halfway through 2008 and it’s a doozy. I’ll have a very interesting presentation on that year pretty soon. Wow.