Restricted mode is not the same as deplatforming or suspension. As far as I can tell in the context of Twitter’s ever-shifting goalposts, it seems to be a kind of warning that the account user might be suspect or dangerous. To get to the person’s feed, you have to click the button that says “Yes, view profile.”

Here is a screenshot from earlier today. 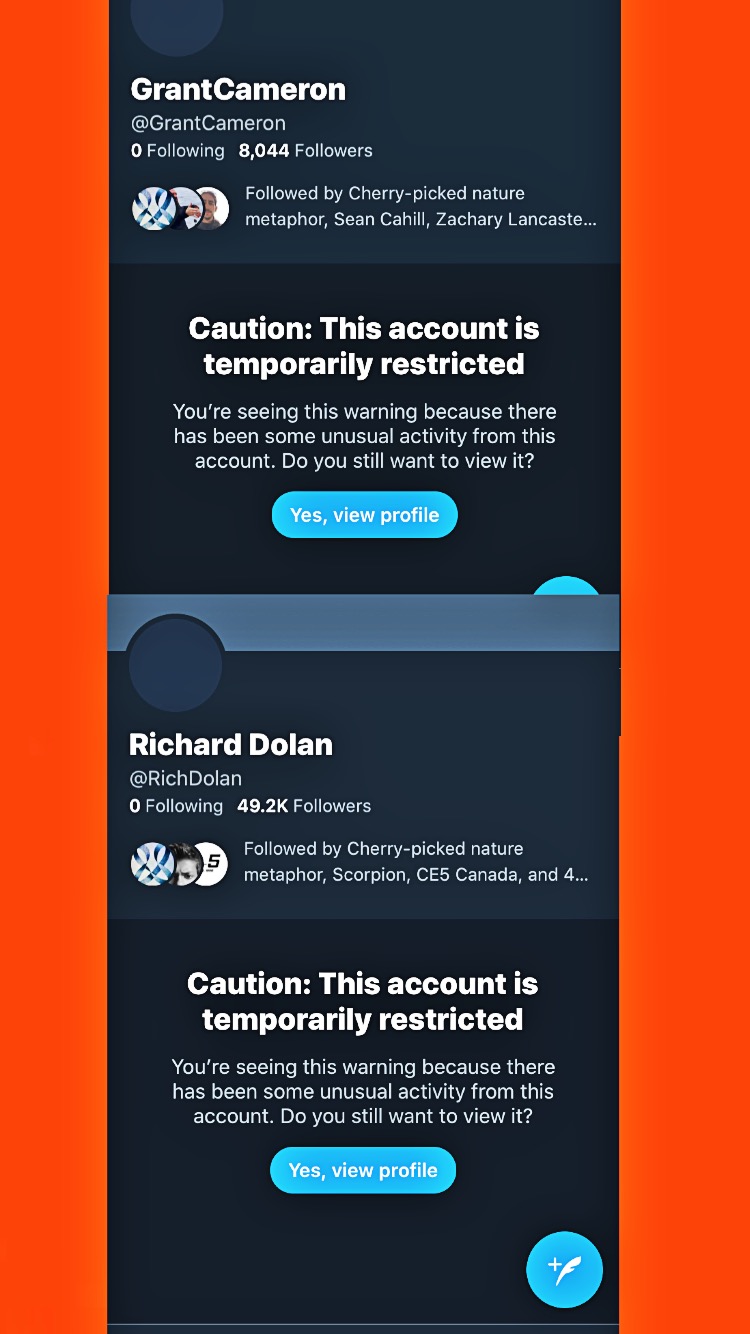 By the time I tried accessing my account, it was no longer in Restricted mode. Grant’s and Steven Greer’s remained in Restricted mode for the whole morning. I don’t know when they regained full access, but both accounts are fine now.

I tried to find out what happened but good luck trying to get answers from Twitter about anything. There were theories that perhaps a troll or debunker wanted us out of the way and complained about us. Or that it was Twitter’s upper management taking the step that UFO info is harmful misinformation. Who knows?

When I checked with PursuingX, who helps me with a lot of my social media, the truth is that we couldn’t figure it out.

So there you have it. A one time glitch in the Matrix, or a foreshadowing of things to come? My concern is that it’s the latter. I have a hard time thinking that this wasn’t coordinated. Grant, Greer, and I have something besides UFOs in common: we are all very prominent supporters of the authenticity of the leaked Wilson-Davis notes. A number of people made the same leap, and they could be onto something.

Just another warning for me to get all my digital property downloaded and backed up fully. Believe me, that is a major project for the near future.

Wishing everyone well. I’ll be back with more commentary very soon. Seems like there’s always drama in our little world. I want to avoid the drama as much as possible and stick to the phenomenon. I suspect that is why most of us are here.