We all know that not everyone shares the same opinion on the pandemic and lockdown policy. And certainly many folks are very suspicious of any purported vaccine. I am not taking a position on this (sorry to those who want me to!), But I do find this story interesting. Published in RT, and somewhat to my surprise even in some Western mainstream places.

One thing I am curious about. Are the members of this site more likely or less likely to trust a Russian vaccine as opposed to one developed by a western nation?

I have a feeling that the general public, bombarded so often by RussiaRussia! stories, might be less trusting of the Ruskies. But I suspect the breakdown might be quite different here. Just curious.

I have a feeling that no matter what we may think privately about the safety of a vaccine, the world population is fully backed into a corner. We all realize, I think, that nothing is going to become remotely normal until there is a vaccine. I don’t like it any more than you do.

But if this was indeed a plandemic, would the Russian vaccine be an unwelcome development? In other words, the wrong vaccine? Again, just wondering what some of you think. All opinions are welcome, as long as we respect those who disagree with us.

BTW I am about to upload a few more items today so stand by! 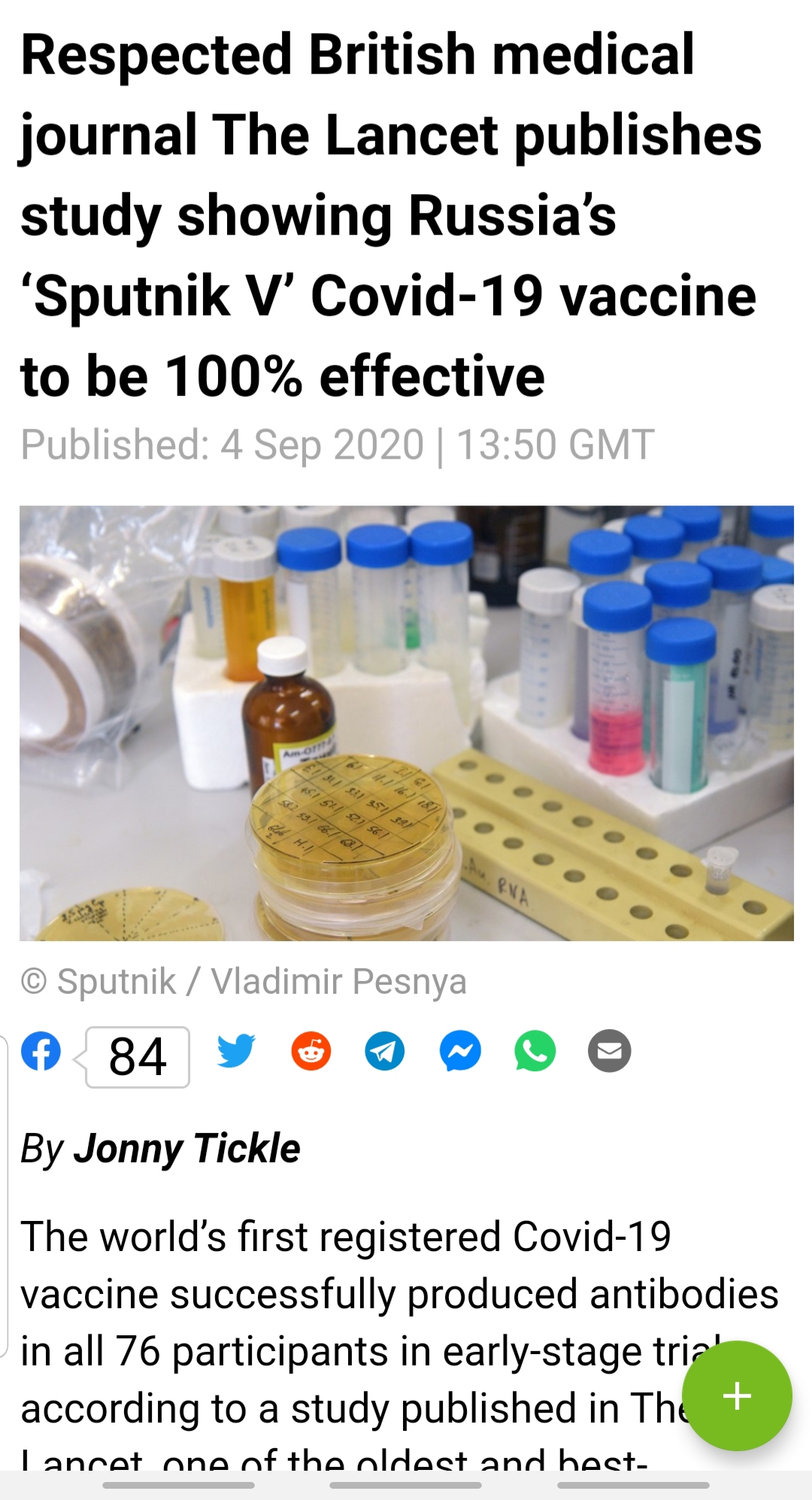