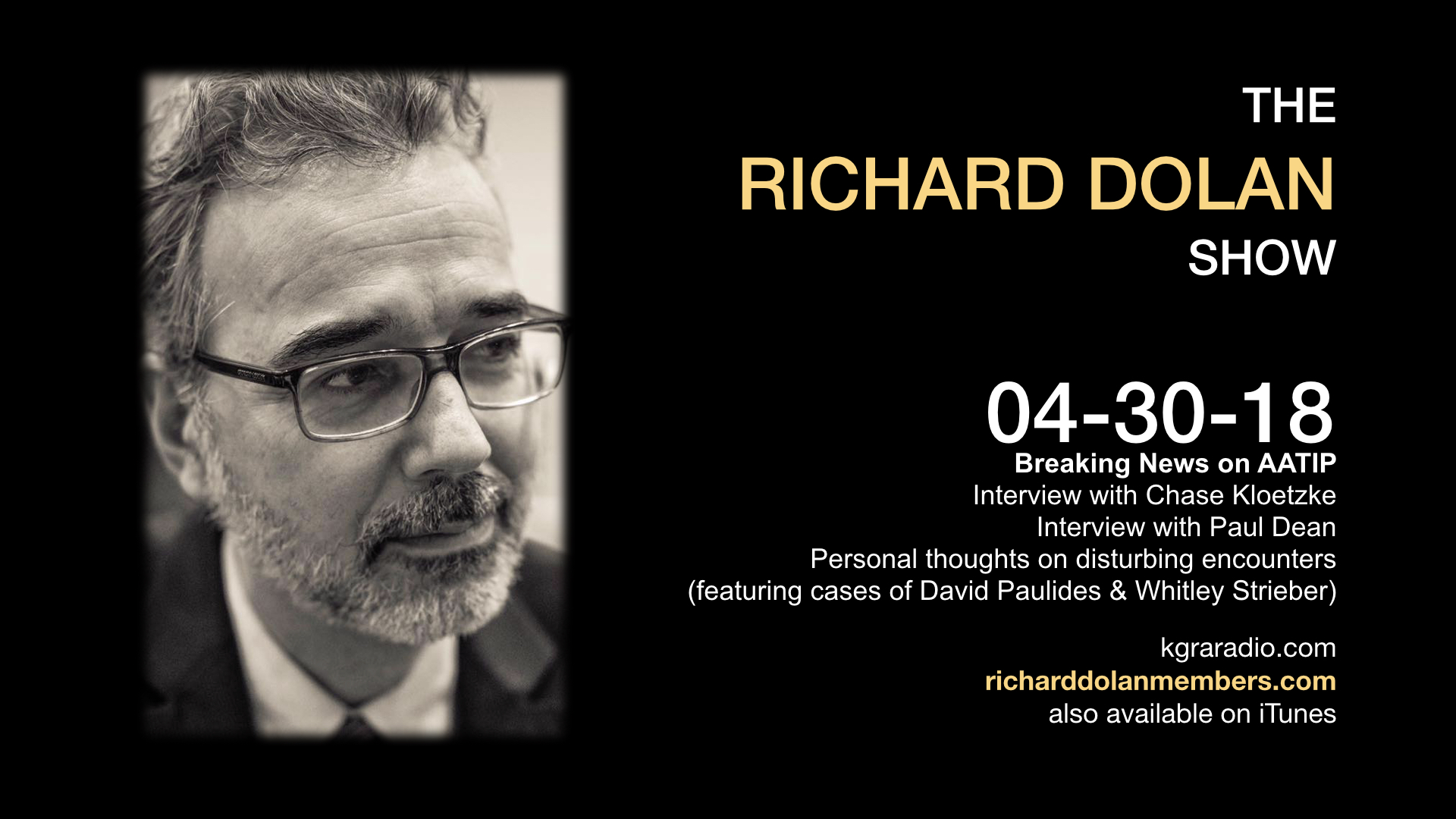 This episode of the Richard Dolan Show aired on KGRA radio April 30, 2018. The first hour is concerned with recent claims that the Pentagon’s UFO program known as Advanced Aerospace Threat Identification Program (AATIP) may in fact have gone under another name as well: Advanced Aerospace Weapons Systems Application Program (AAWSAP). It seems the study of UFOs is nothing without some controversy.

During the second half of the program, Richard discusses the implications of these developments as well as examining some darker implications of the strange phenomena of our world, drawing mainly from the research of David Paulides and Whitley Strieber.

You can listen live to the Richard Dolan show every Monday from 8-10 p.m. Eastern at http://kgraradio.com