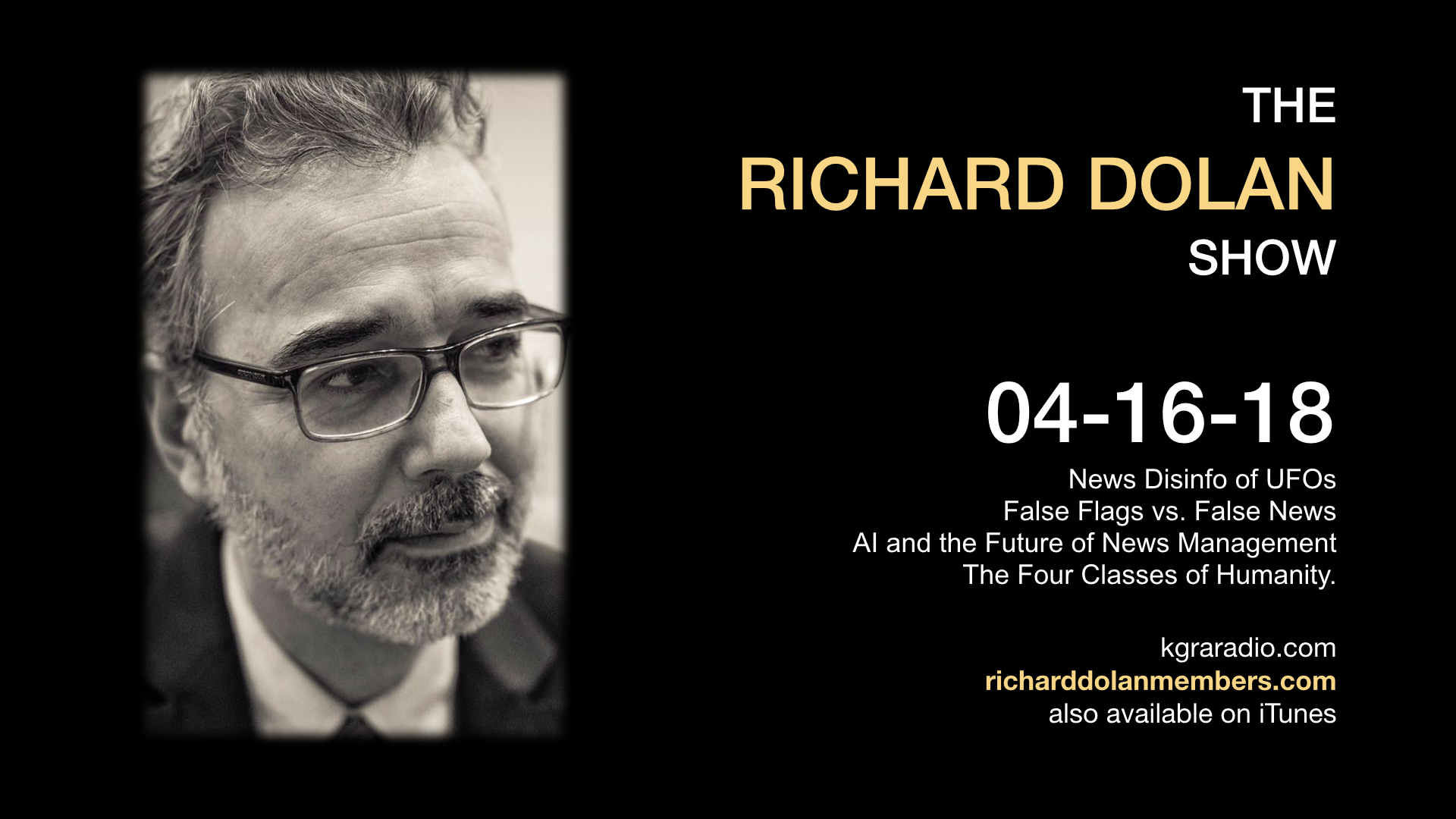 This episode of the Richard Dolan Show aired on KGRA radio April 16, 2018. Segment one discussed the inherent shiftyness of the establishment news media in how it has covered the UFO subject since matters broke open somewhat in December 2017. Not “Disclosure,” no not really. More like damage control, in my opinion. The rest of the program moves more deliberately into the concept of fake news and what exactly it is. Is it untrustworthy material from the so-called alternative media, or is it the spin and control that emanates from the established media sources themselves? Matters are surely confusing today but look on the bright side: as bad as things are now, it can always get worse. Our future promises management of our news and information from intelligent bots. What could possibly go wrong with that? No one knows truly where this will all lead, but my suspicion is that it will entrench, at least for some time, the four-class system of humanity that currently exists. Oh, you say you didn’t know there were four classes of people? Well then, listen and learn.