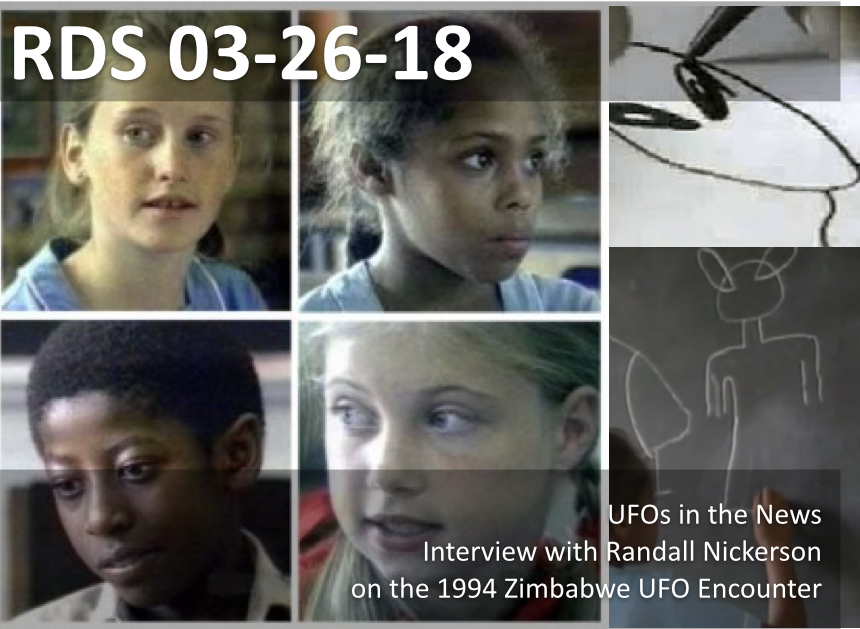 Richard conducts a thorough interview with Randall Nickerson, Director/Producer of the documentary film “Ariel Phenomenon,” which discusses the most of the most incredible UFO encounters of our lifetime. That is the September 16, 1994 encounter of over 60 school children with a landed UFO and non-human beings. It’s a case that is not only fascinating, but emotionally powerful, not least because of the interviews done shortly after the event by Harvard psychologist Dr. John Mack, which brought out the deep impact the encounter had on these highly articulate, sincere, and thoughtful children. Randall Nickerson has been working on a documentary that follows up on these witnesses, now adults in their thirties, to re-examine their thoughts and perceptions on what happened and how it affected them. Richard’s interview with Randall is itself powerful and sheds much light on the case. Don’t miss this one. You can visit the documentary website at http://www.arielphenomenon.com/

During the first segment of the show, Richard discusses the launch of his member site and some current UFO-related news, particularly developments related to To the Stars Academy (TTSA).