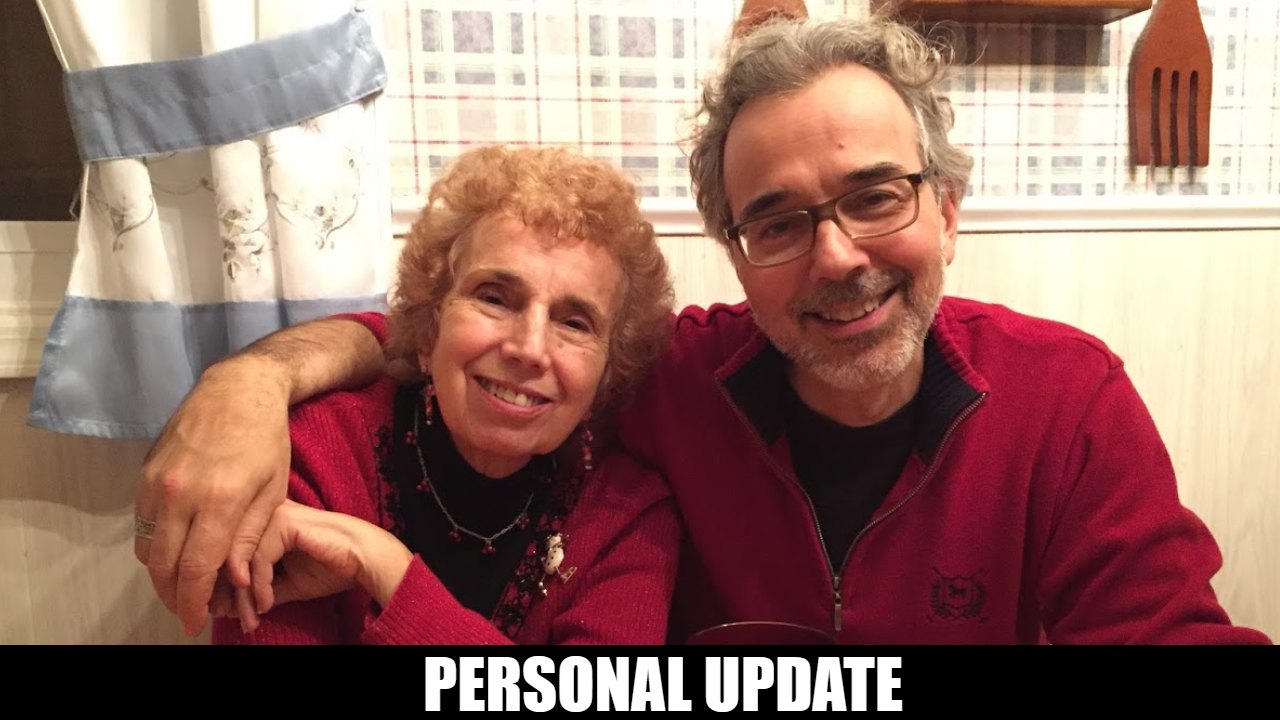 I’ve been away for the past few days, and although I had hoped to be able to post a few things it turned out to be not in the cards.

Two days ago I drove from Rochester to Ithaca, New York to shoot two episodes of a series that will appear on the History Channel, an episode on Area 51, and another on contemporary issues of UFOs and Disclosure. Just as a snow storm hit our part of the state, I began my drive! However, anyone who has lived in the northern climate long enough knows how to deal with all that. I arrived at the shoot in Ithaca and all went well.

Following that, I spent some much overdue time with one of my closest friends: Peter Robbins. This has been the year that so much has gone sideways or backward, and one of many casualties for me at least is that I lost touch with some important people. So it was with Peter, whom I have known for almost twenty years. Life and friendships are unpredictable, but my friendship with him has been one of the great pieces in my life, and we have had many mutual adventures.

For those of you who don’t know, Peter is a longtime UFO researcher who is perhaps best known for his collaboration with (now somewhat infamous) Larry Warren on the excellent work, Left at East Gate, about the Rendlesham Forest UFO encounter of 1980. He’s done a great deal of work in other areas as well, many of which overlap with research of my own (when we met in 2002, we both discovered we had been examining the 1949 death of Defense Secretary James Forrestal). Over time, Peter and I seemed to be together everywhere and we became fast friends.

So while in Ithaca, I took some time out to catch up. Forgive me for being away, but believe me when I tell you how important it was for me.

While away, unfortunately, I have been in regular contact with my sister and stepdad regarding the health of my mother, Barbara. Many of you have been asking about her, and I want all of you to know how much that touches both me and Tracey. We are so grateful and feel so lucky to be surrounded by such caring people.

Well, my mother came down with Covid-19 almost two months ago. She wouldn’t want me to mention her age, but if you realize that I am 58, you can pretty much figure out where she is in the scheme of things. For most of her life, her health was great. Even after she was diagnosed with Chronic Lymphocytic Leukemia 26 years ago, when she was younger than I am now, she never slowed down. According to the doctor, she wasn’t supposed to make it much past five years. Onward she went!

But the coronavirus really hit her hard. For the past six weeks or more, there were many times when we thought she would not make it. A total roller coaster. My sister Nancy, who is a nurse, has taken amazing care of her, but the process is exhausting. Mom has been going in and out of the hospital, and at some point a few weeks ago came down with pneumonia—not an unusual thing for an elderly person who has been confined to their bed for so long.

At this point, my mother remains in the hospital and is receiving IV of antibiotics and other medications. Her oxygen levels remain low, but the doctors now consider her post-Covid. In other words, they believe the Covid is receding.

The problem remains that she is extremely weak, and the fact is we still don’t know how things will turn out. Her pneumonia is in both of her lungs, and she has had a fever for a very long time. She is now receiving a (low) dose of morphine for pain and to ease the difficulty of her breathing. She is hoping to be home with her husband, Glyn.

I’ve been mainly talking with Nancy, our sister Lisa, and earlier today with Glyn. It’s all heartbreaking, especially Glyn. He loves my mom so much.

It’s hard for me to write about this, but you have all been very patient with me, and I feel we owe you this.

I lost my dad two years ago. That was hard. Often with parents we have conflicting feelings, usually of love but also of anger, resentment, fear, or other less-than-ideal emotions. I will honestly tell you I had this with my dad. He was a man I looked up to my whole life, but in all honestly he had his demons and all-too-often the rest of us were subjected to them.

But in the case of my mother, I can say without reservation that there are no conflicts of anything. She was always entirely positive, loving, and THERE for the family. I have often thought that without her influence I could easily have become a very troubled young man and even gone down a bad road. Because of her, that never happened. I owe her everything, and so do my sisters.

Sometime next week, we are figuring out a way to see her. Meanwhile, I will be back at my desk tomorrow. I have things on my mind regarding UFOs and the world that I want to share with you.

With love and thanks to you all.
Richard & Tracey 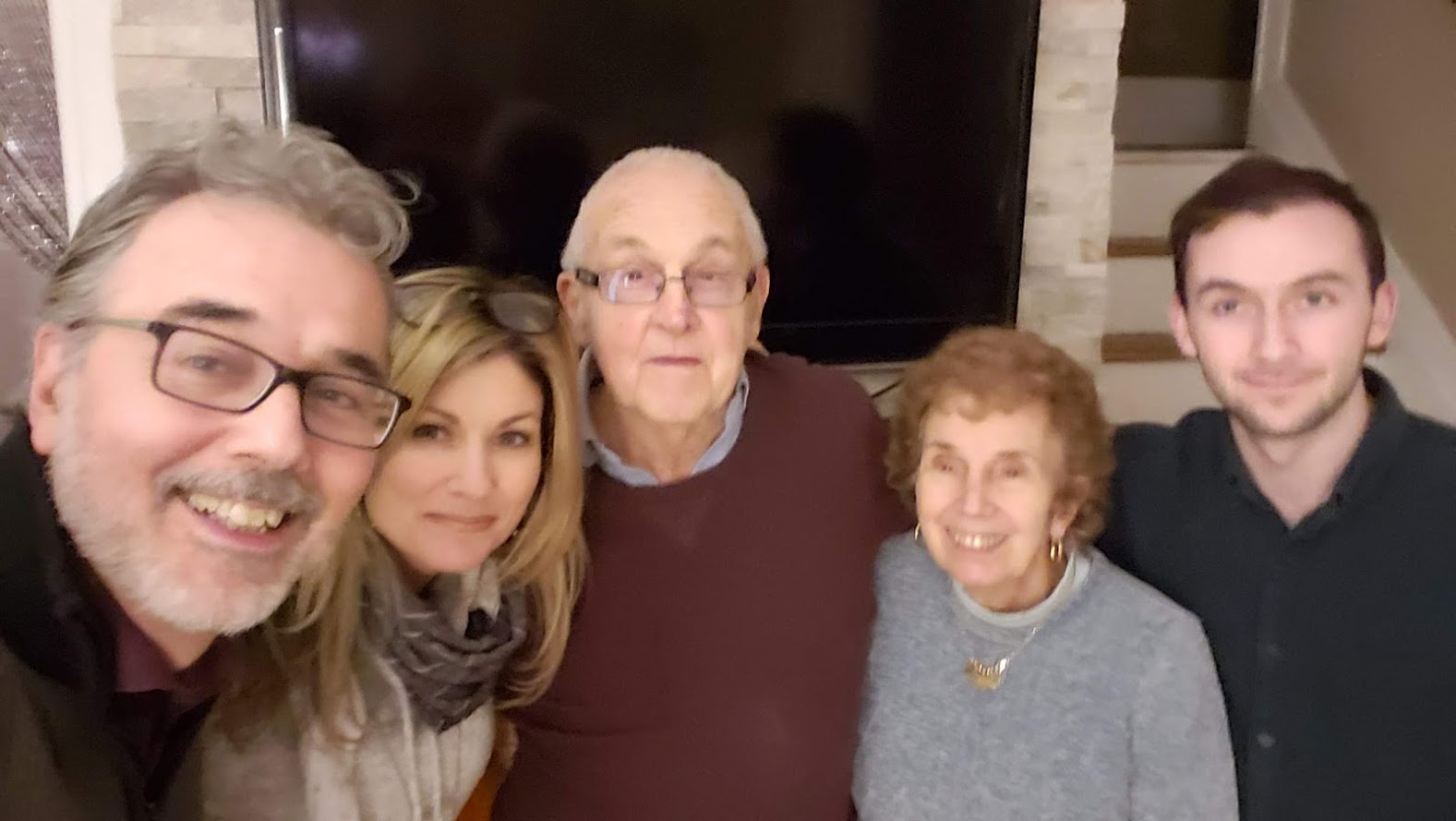 This was us a year ago, with my son Michael on the right. 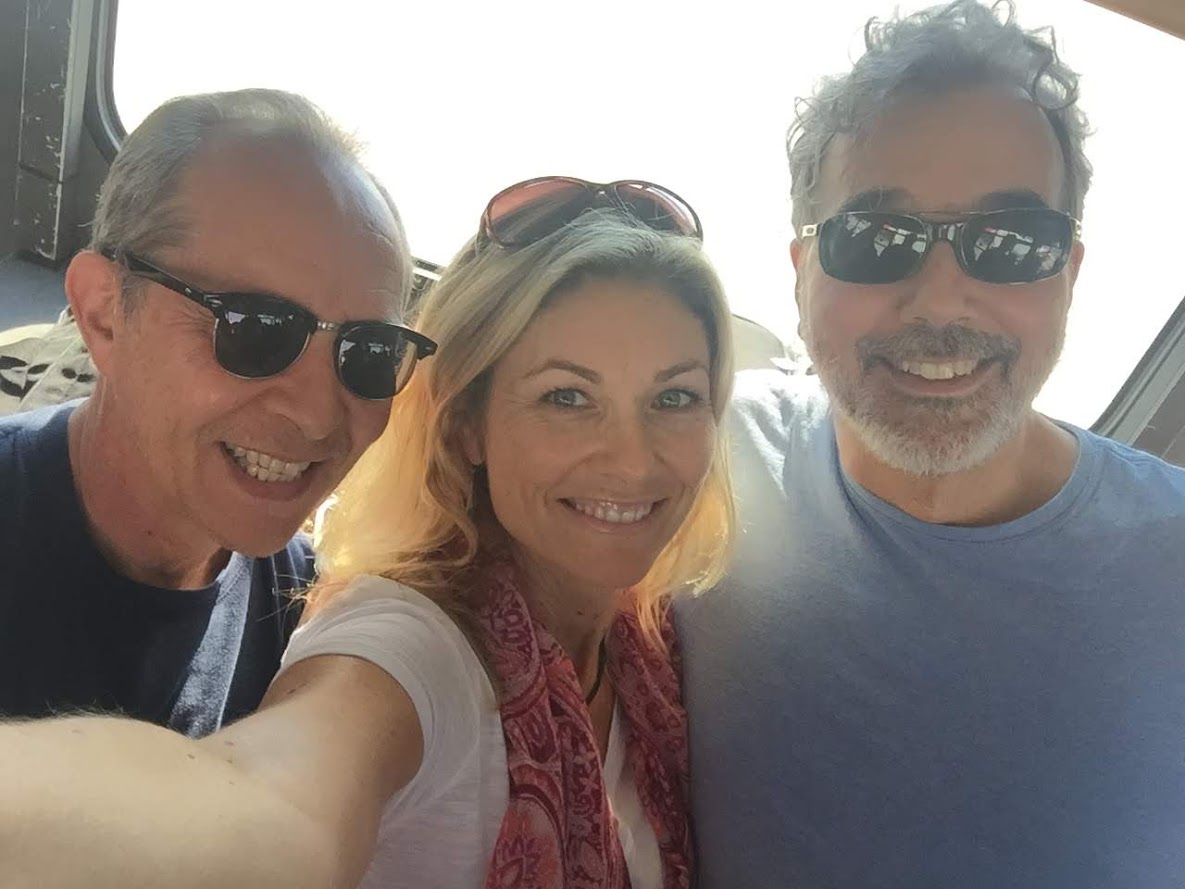 Here are Peter, Tracey and me during happy times a couple of years ago in Greece.