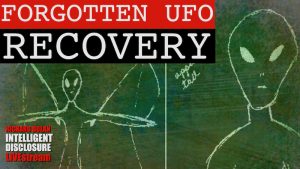 Richard and Tracey discuss what may be America’s original UFO crash retrieval case: that which occurred outside of Cape Girardeau, MO, in April 1941. The world was a very different place, and the U.S. national security establishment was not even in its infancy. The event was unknown until the 1990s, when one highly credible witness, Charlotte Mann, came forward with the story of her grandfather, Reverend William Huffman. This is a truly fascinating story, and although corroboration has been limited to a few other individuals, many serious researchers think it really happened.

Here is the link to the show: https://www.youtube.com/watch?v=i8rAPFmFEV