Hi Everyone. I have included an audio version of this article for those of you who prefer to listen along.

Also, I am going to post a link to a very important and extended piece of analysis by our fellow site member, Franc Milburn. That too is worth our attention, so stay tuned for that.

A major new story was published today by journalist Tim McMillan on The Debrief. This has been very much anticipated by the UFO community, since the word had been leaking fast for the past few weeks. I must say, this is a stronger news piece than I was expecting. Although I have personally taken issue with a few things Mr. McMillan has stated in the past, most notably a skepticism over the Eric Davis-Thomas Wilson notes, this article is a genuine contribution to our knowledge of UFO/UAP and the U.S. military’s ongoing engagement with these objects.

In addition to linking to the McMillan piece, which I encourage everyone interested to read thoroughly (and multiple times), there is a very good follow-up commentary analysis by Tom Rogan in the Washington Examiner that is also must-reading.

Since this is breaking, I am doubtful of my ability to provide a comprehensive overview of what’s new, but I will try.

First, the rumors of a outstanding photograph taken by the U.S. Air Force of a triangular UFO exiting the ocean have apparently turned out to be true. I say “apparently” only because the photograph itself is still not released, but there is much more to confirm all this than I thought might be the case. The event is said to have taken place in 2019 off the U.S. Atlantic coast. According to Tom Rogan’s piece:

“The photograph was taken by a F/A-18F fighter jet operating off the U.S. East Coast. According to the report, the Triangle UFO rose out of the Atlantic Ocean and rapidly accelerated out of sight on a vertical axis. I believe, but have been unable to confirm, that the aircrew responsible for the photo were operating off either the USS Dwight D. Eisenhower or the USS John C. Stennis.”

More information coming from interviews and research by McMillan seems to confirm that the U.S. Navy does indeed track undersea objects that have been tracked at the unbelievable speeds of hundreds of knots per hour. Keep in mind we are talking about the ocean—such speeds are not even remotely approachable by our best undersea technology.

The bulk of this new information comes from the recently announced UAP Task Force,” operated out of the Office of Naval Intelligence. It’s from a 2020 report from this Task Force from which we are getting such bombshell information. This report apparently has been shared widely within certain circles of the intelligence community, and is the report that contains the photograph of the triangular UFO exiting the ocean.

“… he was one of a handful of persons who conducted the October briefings. “I have been invited to brief congressional staffers on the Senate Armed Services Committee on UAP matters in the last couple of years,” Puthoff said in an email, “and have done so on more than one occasion.” Dr. Puthoff described the staffers during these meetings as being “engaged,” and provided “positive responses, [and] more details always being requested.”

He describes the Navy’s extreme reluctance to discuss the entire subject of underwater UAP or USOs, if for no other reason than that doing so could expose critical elements of its acoustic sonar detection program that blankets the Earth’s oceans.

But fundamentally, it is obvious that no one has any conventional explanation for how these objects can exist, much less operate as they do. McMillan quotes Steven Zaloga, co-author of the annual World Military Unmanned Aerial Systems Market Profile & Forecast and senior defense analyst for the Teal Group in Virginia, about development of “transmedium” vehicles or systems. That is, vehicles that can operate within bodies of water as well as the atmosphere. Zaloga had no knowledge of any technologies that are even close to being capable of transitioning between air and submersible travel. “I have no idea what-so-ever on objects able to cross the air/water barrier,” Zaloga wrote to McMillan. It’s the same with the active military and intelligence officials concerned with this. They can’t explain it.

Of course, there would be myriad logical connections of the NURO with these USOs. McMillan spoke to three officials who said the 2020 UAP Task Force “appears to be concerned that the objects being termed as UAP may be originating from within the world’s oceans.”

In my view, the key element in this important piece is how everyone continues to dance around the critical question of, who is behind these objects? It’s obvious that no one wants to say, although we are creeping closer and closer. It appears that the 2020 report does open the possibility that these things are not from our civilization.

First, there are several statements that make it clear that high officials are skeptical that these objects are black budget or experimental technologies, either by the United States or any other nation.

One person who spoke on this was retired U.S. Air Force Brigadier General Bruce McClintock, a man with a very impressive career in the Air Force. In an interview with McMillan, he dismissed the idea that U.S. military encounters with UFOs or UAP could be related to any form of classified testing.

“It is unlikely that the U.S. government would intentionally conduct tests against its own unwitting military assets …. To do so would require a very high level of coordination and approval for the potential safety and operational security risks.”

Of course, that is obvious and anyone who has looked into the long history of these types of military encounters with UFOs knows this very well. McMillan cited some other experts who speculated that the extreme aerial maneuvers of these objects are a form of electronic warfare, but even they had no explanation for visual sightings of these objects.

Finally, at one point, the article broaches the question of whether these objects are alien.

“According to those willing to discuss the [UAP Task Force] document, the report’s most disconcerting aspect was one of the potential explanations for what UAP could represent. Sources say a “list” of possible prosaic explanations for these mysterious airborne encounters was provided. However, the report expressly stated that the potential for UAP to be “alien” or “non-human” technology was of legitimate consideration.”

So we have more confirmation that not only does the U.S. military take UFOs very seriously, and not only do they not have a reasonable conventional explanation for them, but that they are considering the potential that they are alien in some form or another.

The photograph itself has not been released, but it is very likely to be leaked. That is from one of my sources, who I will simply say is in an ideal position to know. So we can probably expect that some time in the near future. Meanwhile, you can look at that nice artists recreation.

This is an important article, and McMillan deserves our thanks for publishing it. Even so, it’s clear the dance continues. No one wants to state the obvious. It’s very likely that the only thing that will move this forward—really forward—is an acknowledgment of the possession of retrieved UFOs, or parts of UFOs at the least. It’s not hard to see why there would be such resistance to this. After all, it is a genuinely explosive thing to reveal. It would also make a mockery of all the claims of “we don’t know what these things are,” that we hear constantly from within official sources, as well as the journalists that cover them.

Because if some group or groups do have possession of crashed UFOs and UFO technology, as so many researchers including myself strongly believe, I don’t see how it’s possible any longer to admit that there has been a massive coverup going on for generations.

Below is an image included in McMillan’s article, which is an artists recreation of the triangle photo that was taken. I have no idea if this is based on the actual photo or not. 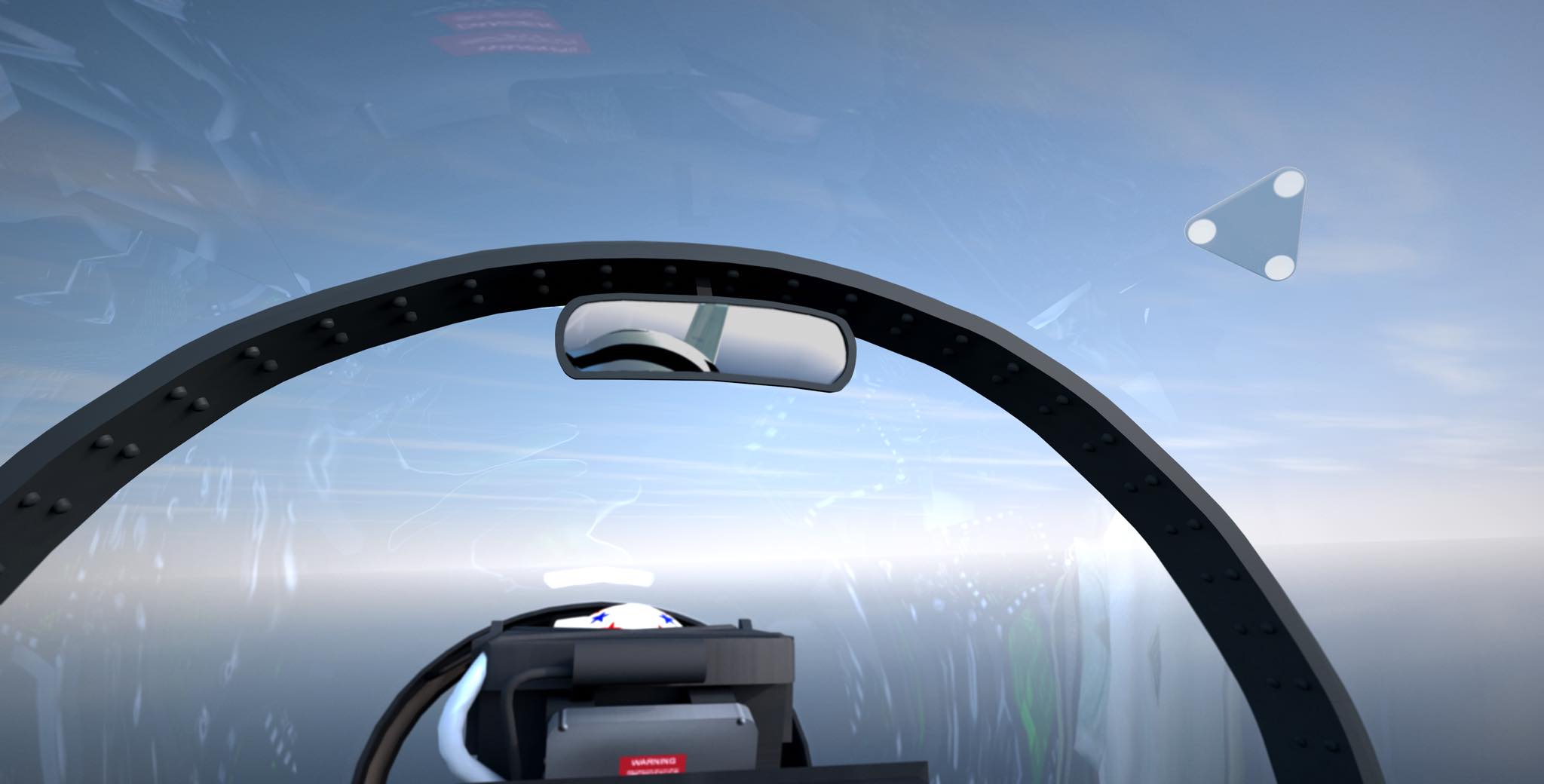 Artist’s recreation of the image as described in the UAPTF Intelligence Report issued in 2020 (Image by Dave Beaty of The Nimitz Encounters, 2020)

Richard’s show started on KGRA back in 2012, and they still carry him. These are usually replays of Richard’s previous shows, many of them recent.  Join Richard as he discusses everything related to UFOs, global… Read More »
Dec
19
Mon
2022
8:00 pm The Richard Dolan Show
The Richard Dolan Show
Dec 19 @ 8:00 pm – 9:00 pm

Richard’s show started on KGRA back in 2012, and they still carry him. These are usually replays of Richard’s previous shows, many of them recent.  Join Richard as he discusses everything related to UFOs, global… Read More »
Dec
26
Mon
2022
8:00 pm The Richard Dolan Show
The Richard Dolan Show
Dec 26 @ 8:00 pm – 9:00 pm