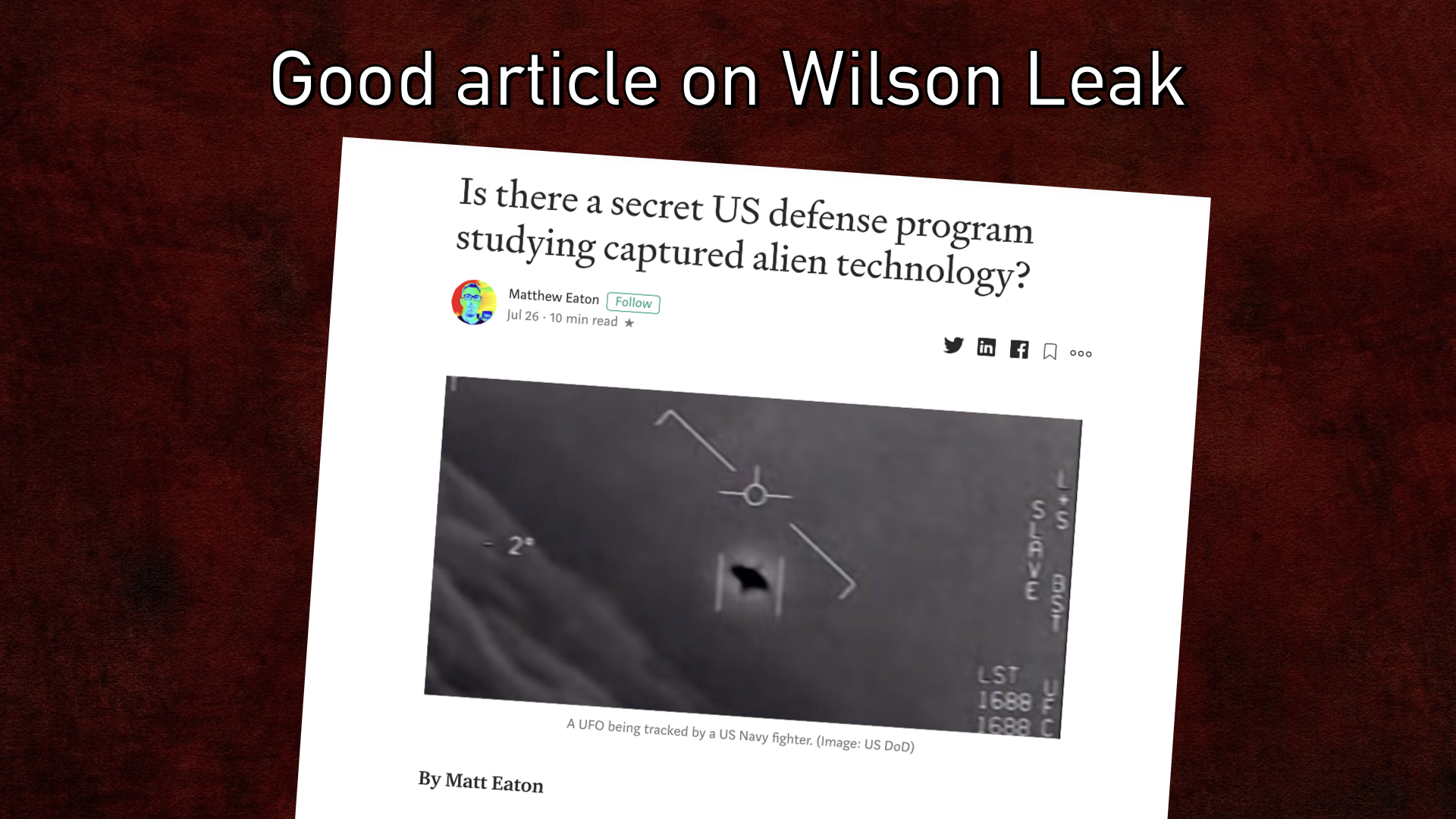 About a year ago I was in conversation with Australian journalist Matt Eaton in connection to the Eric Davis-Thomas Wilson notes. Matt wasn’t able to get his research published with his employer, but he was allowed to publish his results elsewhere. I say, great. Let’s get the information out to as many people as possible. Well done, Matt!

16 thoughts on “And ANOTHER Article on the EWD Notes!”