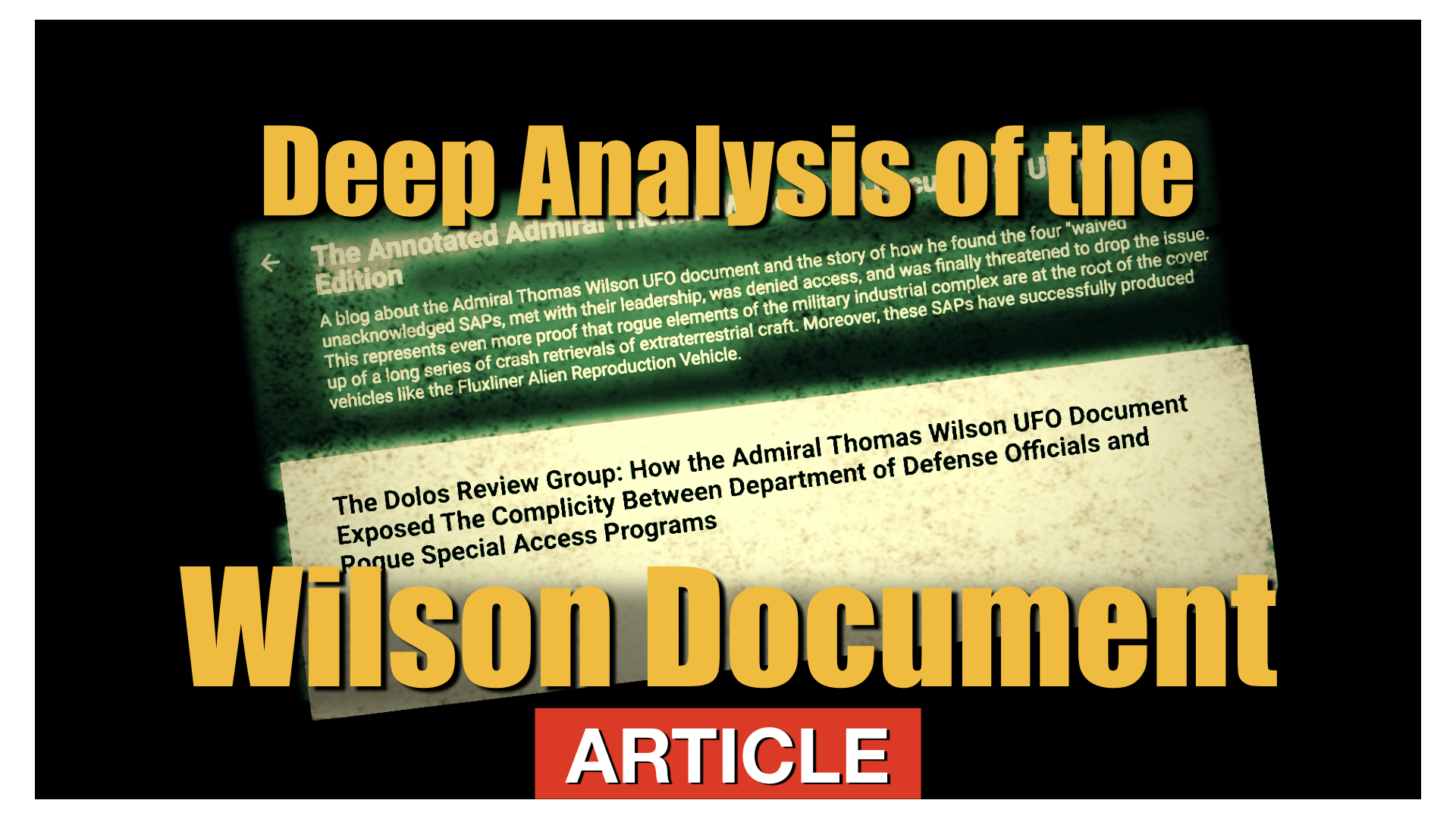 One of the members of this website (Kosh) has undertaken a deep analysis of the leaked 2002 document from Dr. Eric Davis concerning his meeting with Admiral Thomas R. Wilson. This is very significant work. I am honored to be able to communicate with Kosh and discuss this and related matters, as his level of detail and logical analysis are both exceptional.

What you will see in this article is a detailed discussion of the leaked notes that demonstrates much more than the existence of four UFO-related Special Access Programs (SAPs) within the classified files of OUSDAT (Office of the Under Secretary of Defense for Acquisition and Technology). Kosh shows very clearly in his discussion of this document that the programs are, for all intents and purposes, rogue programs without proper oversight that would be considered illegal by any American citizen with an ounce of common sense.

There is of course much more. I encourage you to visit his blogsite and especially this latest iteration of his ongoing analysis of this critically important leaked document.

I think I can speak for everyone, Kosh, when I thank you sincerely for this excellent work. We respect your desire for anonymity. Personally, I look forward to your further contributions.

159 thoughts on “Important Analysis of the Wilson Document”