James Iandoli, one of the “Young Guns” of Ufology (so-nicknamed by Grant Cameron), had a great find recently, something which was actually on the site of Dr. Steven Greer but apparently not noticed. A 1995 letter from Navy Commander Will Miller to Admiral Thomas Wilson.

Aside from throwing more cold water over Wilson’s claims of having no interest in UFOs, it shows that communication preceded the famous 1997 meeting by at least two years. Miller stated “I appreciate your call a few months ago, and wanted to keep you informed on the enclosed subject…” Included in the letter are not only the names of Steven Greer and Edgar Mitchell, but Jesse Marcel, Jr. and Roswell.

It supports other statements by Miller, collected nicely by Joe Murgia (another Young Gun), that he was the driving force behind the briefing of 1997.

It continues to amaze me how dense so many prominent UFO researchers and journalists can be. Wilson makes a denial, which quite frankly is the only thing he can do in this situation, and no one is expected to question that. I hear and read some of these utterly ignorant proclamations and just shake my head.

I have included Miller’s letter here but encourage you to go directly also to Joe’s site (linked below).

The letter from Steven Greer’s website was quite fuzzy but was cleaned up by Giuliano Marinkovic. I’ve copied and included both here. Giuliano’s is much easier to read for sure. 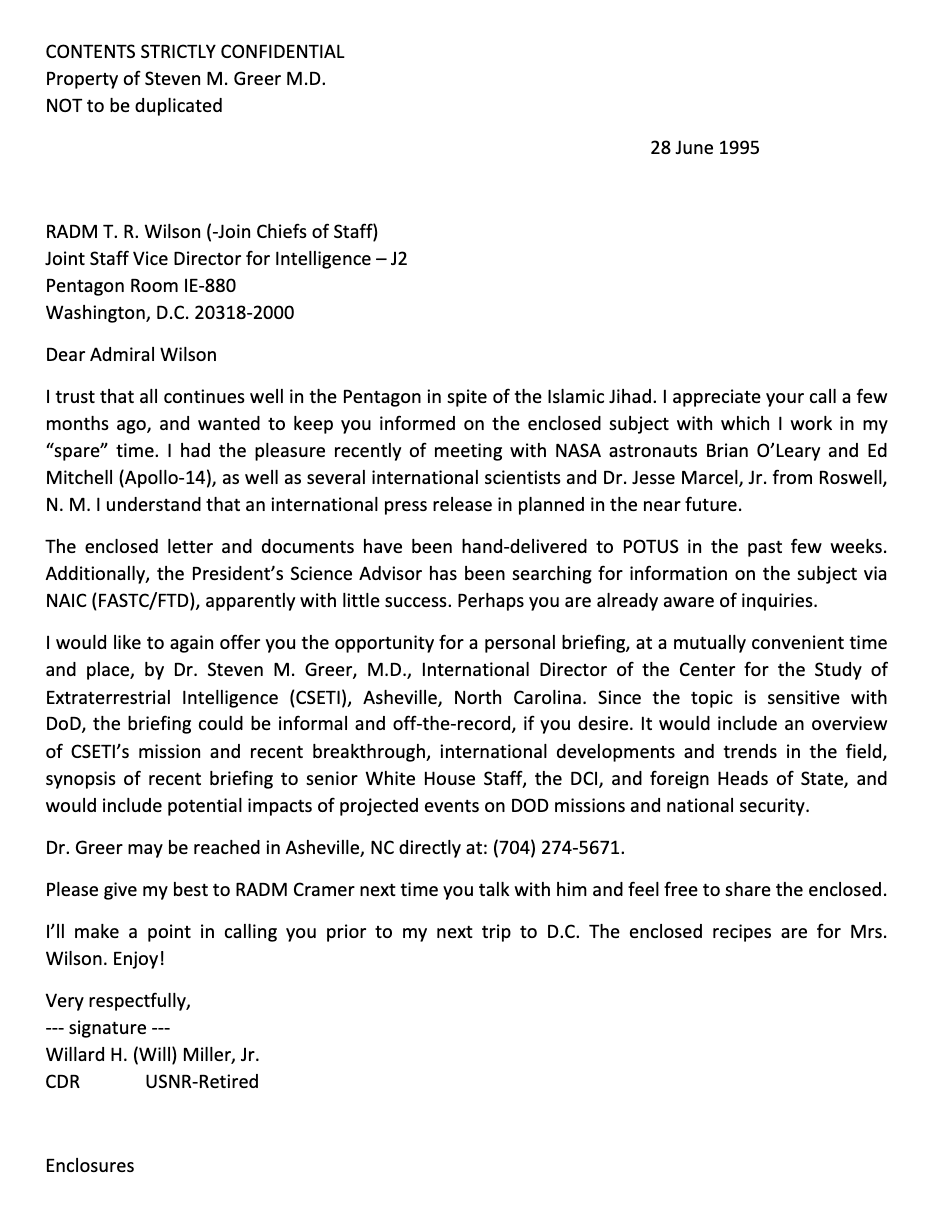 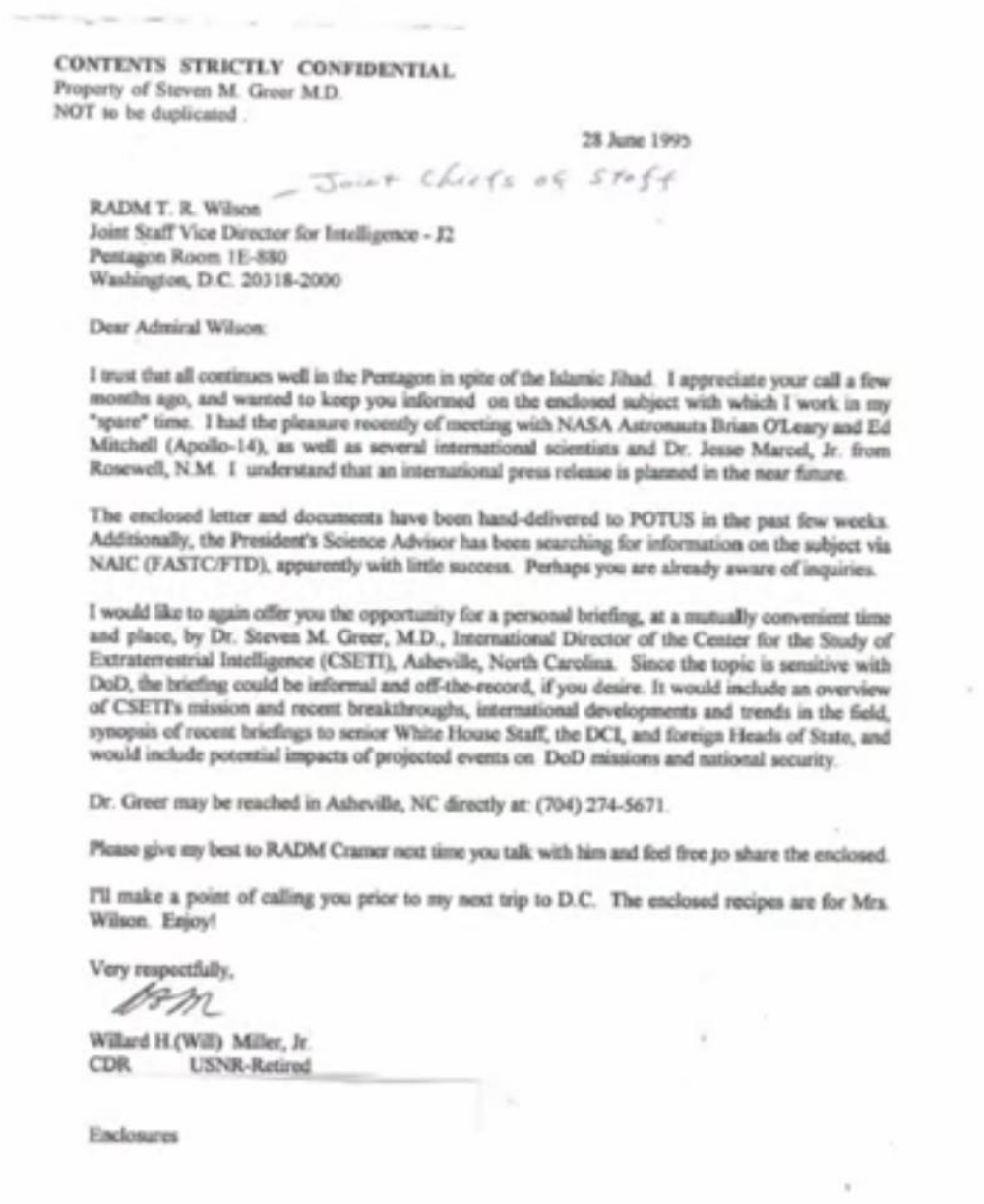 You can also read this letter on Joe’s website here:

I recommend checking through Joe’s site in detail.

As well as on Danny Silva’s page