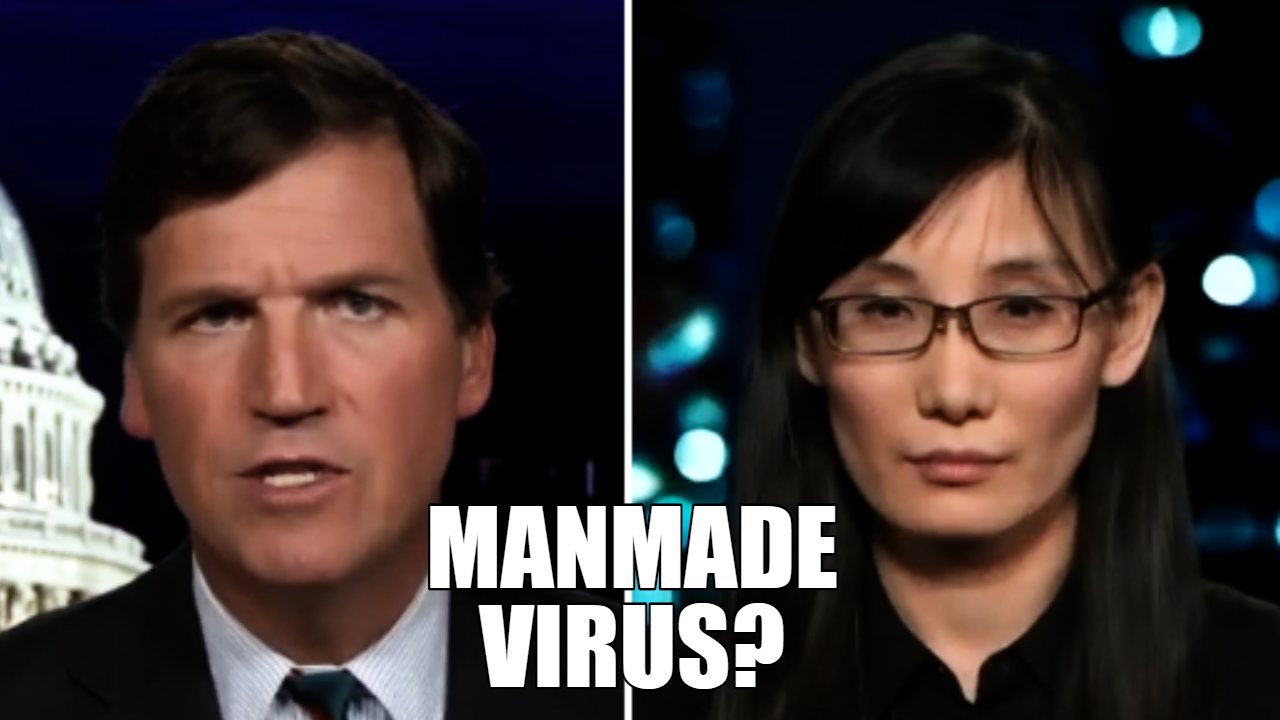 This story is at a point where it’s impossible to ignore. Dr. Li-Meng Yan is a Chinese virologist who worked at the university of Hong Kong’s World Health Organization (WHO) reference lab, which is the top coronavirus lab in the world. On December 31, 2019, she was asked by her supervisor to investigate a new “SARS-like” virus in Wuhan.

She and her team did investigate. They studied Covid-19’s genetic make-up and came to a conclusion that anyone would realize was politically explosive: the virus was not natural, but was created in a lab. All this happened during the very early stages of the virus’s outbreak.

Not surprisingly, these findings were suppressed. She was told, apparently by her WHO supervisor, and apparently under pressure from the Chinese government, only to report cases linked to the Wuhan market and to promote the theory that the virus jumped from animal to human.

She was also told, she says, that she would “be disappeared” if she spoke out. As a result, she defected to the United States and is now in hiding.

Just a few days ago, she published a 26-page scientific paper. After tweeting about it, Twitter immediately suspended her account indefinitely for no stated reason, although I think we can guess. Her account had been active for just two days and already had reached 60K followers. She had made a total of three tweets.

Here is the paper. In it, she and her co-authors state that the coronavirus could have been “conveniently created” within a lab setting over a period of just six months and they add that “SARS-CoV-2 shows biological characteristics that are inconsistent with a naturally occurring, zoonotic virus.”

Right after her Twitter suspension on September 16, she appeared on Tucker Carlson Tonight. Honestly, who else in mainstream media would even have touched this story? I can’t think of anyone.

Her interview is here, and is well worth watching. It’s nearly at two million views already. 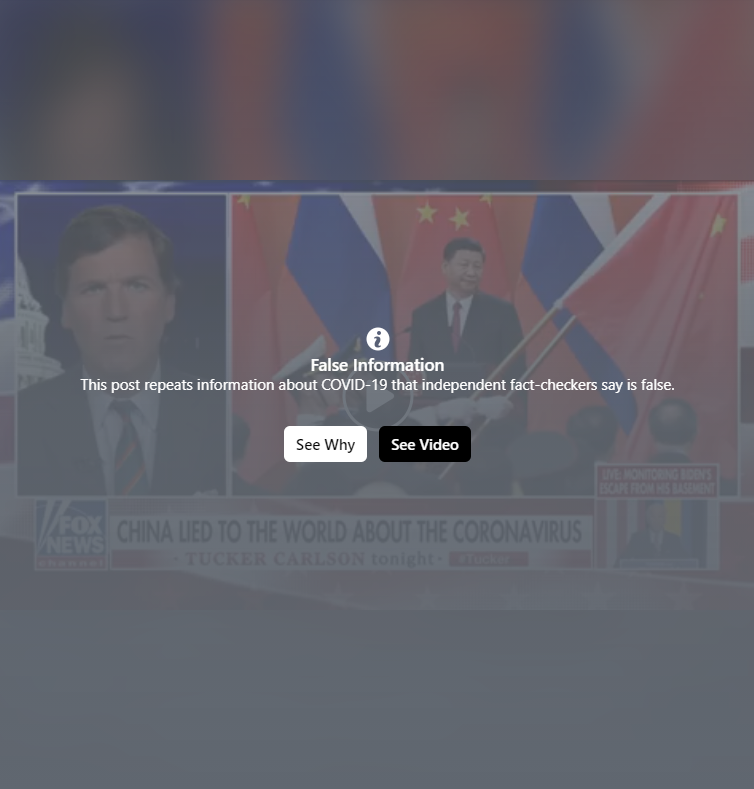 Because fake news, of course. I wonder whether or not the video has made an enemy of the infamous algorithm also, but I will guess the answer is yes.

The U.S. tech media now works so seamlessly together that you have to assume there is a higher office coordinating their activities, and in this case you would be forgiven if you suspected that higher office to be the Communist Party of the Chinese government.

Her interview with Tucker Carlson is fascinating but at times is a bit tough to follow. I searched online for a transcript but could not find any. So I decided to give it my best attempt. It’s not perfect. There are a few statements that were hard for me to understand. I am sure someone can fill in the blanks I have left.

Carlson: “Li-Meng Yan is the virologist who says she has evidence about where this pandemic actually came from. We’re happy to have her on tonight. Doctor, thanks so much for coming on. I know that you’ve published some of your research, you’re planning on publishing more soon. Give us for a non-scientific audience, a summary of why you believe this virus came from a lab in Wuhan.”

Yan: “Okay, briefly, from my first report, I can present solid scientific evidence to our audience that this virus, Covid-19 SARS covid-2 virus, actually is not from nature. It is a manmade virus, created in the lab. Based on the China military’s [unclear] and the very unique bat coronavirus, which cannot affect people, but after the modifications becomes the very harmful virus, as now. So I have evidence to show why they can do it, what they have done, how did they do it.”

Yan: “Yes, exactly. Based on the virus genome, it’s basically like our fingerprint. So you can see the very unusual characters in their genome which clearly, based on the other evidence they left during the modification, we can see finally this is exactly the one [that] come from their own special bat coronavirus and it then targets humans.”

Carlson: “What you’re alleging is shocking, more even than I anticipated when we invited you on. So I just want to ask the most obvious question, which is, this genome presumably is in the possession of many researchers around the world. Why is nobody saying this, if it’s true?”

Yan: “Yeah, why there is nobody won’t see it, it’s because of the big suppression come from the Chinese communist party government and also their friends in [the] scientific world. So basically, this is very clearly that this virus is like Frankenstein, so [created to do things like basically a cow has [unclear] a rabbit [unclear] and also has monkey’s hands. So they can never get it from the nature. And there were evidence left in the genome. But the scientific world also kept silent work together with the Chinese Communist Party. They don’t want the people to know this truth. Also that’s why I get suspended, I get suppression, I am the target that the Chinese Communist Party wants [to] be disappeared.”

Carlson: “You’re a brave person. I’m giving you the benefit of the doubt and assuming you’re not an anti-Chinese racist. So it’s not clear why Twitter would shut you down or you’re being ignored by the rest of the U.S. media. Let me ask you a couple of questions. Why would the Chinese government intentionally create a virus like this?”

Yan: Okay if you want to know the exact motive, the exact idea. I think that people have to come to ask them, ask Communist Party why did they do it. Because they are the ones [to] do it. We cannot always understand their evil thinking. You have to come to ask them. But what we see already proves that they have done that. It’s harmed everyone in the world, leads to the historic pandemic, involves everyone.

Carlson: How do you believe this virus made its way from the lab in Wuhan outside to the rest of the world?

Yan: Okay first, as I said, I have this kind of solid scientific evidence and also my next report will come out soon to make you fully understand [unclear]. The other thing is, I worked in the WHO reference lab, which is the top coronavirus lab in the world in the university of Hong Kong. And the thing is I got deeply into such investigation in secret from the early beginning of this outbreak. I had my intelligence because I also got my own unique network in China, involved the hospitals, institutes and also government. Also I worked with the top coronavirologists in the world. So together with my experience, I can tell you, this is created in the lab. This is from the template owned by China[s] military. And also it is spread to the world to make such damage.”

Carlson: “To make such statements, do you believe the Chinese government released this intentionally, on purpose. Did they do this?”

Yan: “Yes, of  course it’s intentionally. And even though there is more evidence, you can already see what they have tried to cover up from the early beginning. As i reviewed in different media before, and also what else they have done, like making the fabricated virus, to throw out the natural origin theory, censorship, everything that, evidence points to the virus’s lab origin, and also clearly trying to make people like me [who] talk about the truth get disappeared.”

Carlson: “It’s hard to be shocked in a moment like this but you’ve succeeded in shocking me. Unfortunately, this is not the forum for the details of your research, I don’t have the grounding necessary to ask you the right questions. This is when you wish for a functioning media because what you just said completely changes everything we think we know about the pandemic that’s wrecking our country. So I really hope sincerely that you will be doing many interviews in American media and explaining this in much greater detail.”

By the way, most of the establishment media seems to support Facebook, Twitter and Instagram in all this, and many articles use highly suggestive language against Carlson and Yan. Huffpo, which, okay yes of course you would expect this from them, but even so, you can see they make no pretense about their position.

Scientists who have studied the virus’ genetics have overwhelmingly concluded that it originated in wildlife and was not engineered in a lab. Twitter did not take action against Carlson’s post, but it did suspend Yan’s account. Facebook and Instagram hid the content behind a “false information” label. Viewers were advised that the video “repeats information about COVID-19 that independent fact-checkers say is false.” The segment can still be viewed after clicking past the warning.

In response, Carlson went on a lengthy tirade Wednesday night about how he had been “censored” by Facebook. He dedicated more than 15 minutes of his program to defending Yan’s claims and bashing the social media giant for supposedly bringing an end to free speech.

No loss of objectivity here: “overwhelmingly concluded,” “lengthy tirade,” “bashing,” “supposedly bringing an end to free speech.” Of course, that’s HuffPo and we expect that. But the rest of the media empire is essentially the same. The Independent has a headline not about the claim itself but about how Carlson “exploded” over Facebook’s “fact-check.” It added that Yan’s paper hadn’t been peer reviewed, with the clear implication that it isn’t scientific. And so it goes.

Maybe Yan’s claims are true, maybe they are not. But the fact that her work on this hasn’t been peer reviewed isn’t her fault. Carlson had some choice words on Facebook’s Nanny Warning. While calling Facebook’s action censorship is a bit strong, it has clearly taken action against the interview, once again acting as a publisher rather than as a platform. There needs to be consistency in how the law deals with these social media giants. You are either a publisher or a platform, but if you are one, you don’t get the protection of being the other.

Twitter’s action is more egregious and clearly constitutes censorship. I am not seeing any of the major media (other than Carlson) condemning this.

Arguably, Yan’s claims are just that: claims. However, she has published one scientific study and promises more to come. As a recognized expert in her field, and as someone who studied the virus from its earliest stages, who has deep background in the Chinese medical and scientific community, and who is making very specific claims, she deserves a hearing, not a closed door.

Richard’s show started on KGRA back in 2012, and they still carry him. These are usually replays of Richard’s previous shows, many of them recent.  Join Richard as he discusses everything related to UFOs, global… Read More »
Feb
20
Mon
2023
8:00 pm The Richard Dolan Show
The Richard Dolan Show
Feb 20 @ 8:00 pm – 9:00 pm