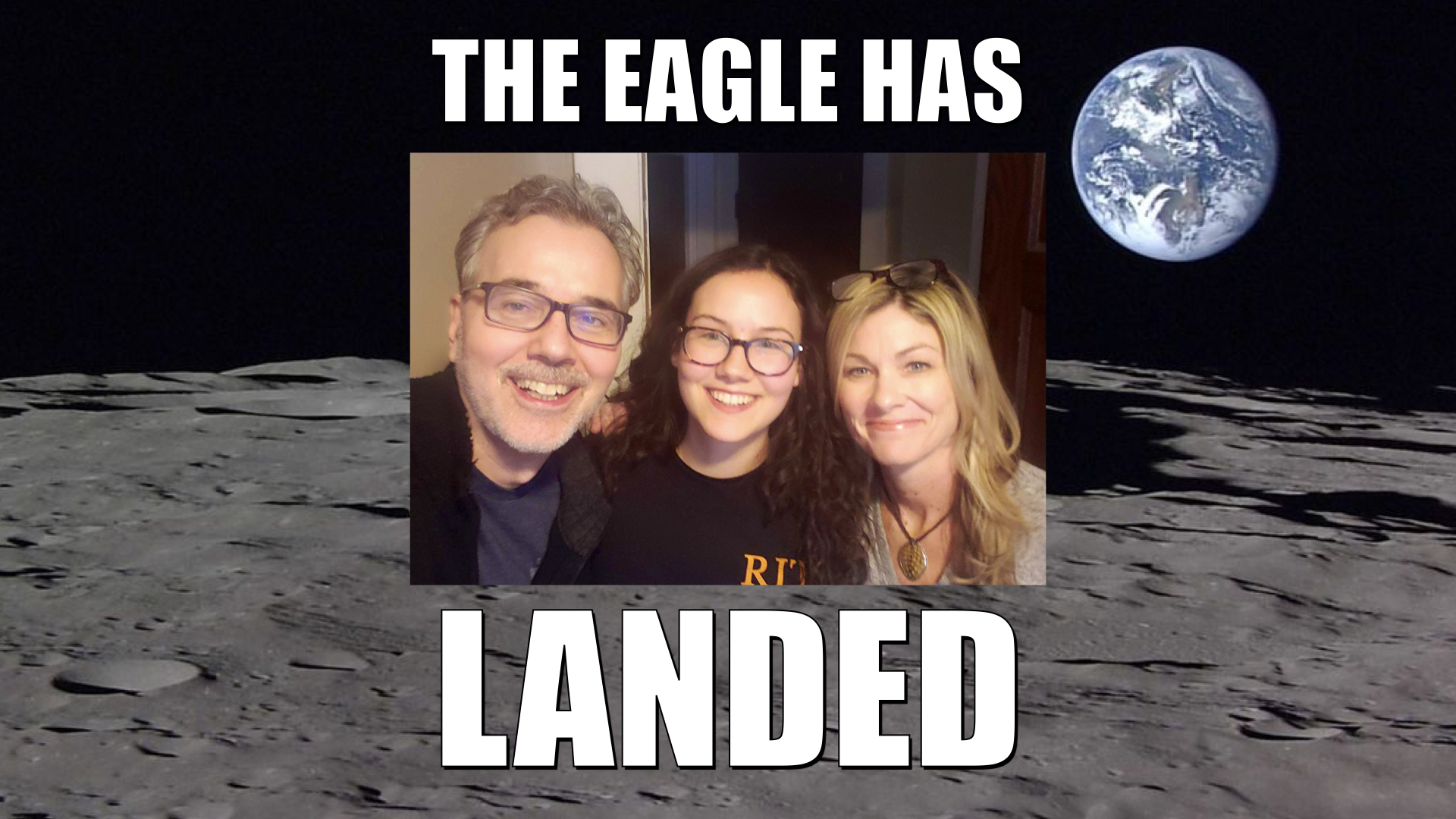 Yes, it was a dramatic last 24 hours. We jumped through hoops, and mainly my daughter Elaine jumped through them. But we got her home last night shortly before midnight. Thank goodness.

Of the two major airports in Paris, one of them, Orly, just closed. The other, Charles DeGaulle, remains open but is severely paired down in its flights. I don’t know by how much but I am told something close to ninety percent. As Elaine was about to board her flight yesterday out of Charles DeGaulle, she was stopped by security. The problem was that she is an American citizen but was flying to Toronto, Canada. Normally it wouldn’t matter but of course it sure does now. The French authorities would not let her board the plane unless she had a confirmed flight out of Canada scheduled on the same day she arrived.

Now, Tracey and I had already looked into that, but the fact is that there were no such flights available. She was set to arrive in Toronto at 5:45 p.m. The only flight available out of Toronto that could get her to Rochester departed at 6:18 p.m. There was absolutely no chance she could get through customs and whatever biocontrol system was there to go back through security and catch her flight. Knowing this, Tracey and I had set up a flight the next morning out of Toronto that would get her home by early the next afternoon.

But now, as the plane was ready to fly out of Paris, Elaine was being told she needed confirmation NOW that she was booked for a flight to leave Toronto the same day. She called me and told me she had three minutes to show French security that she had such a ticket. And in about two minutes, amazingly, Tracey and I found the 6:18 flight, booked it for her, took screenshots and sent it to her just as she was about to be turned away. (Good news: we received refunds on all the flights and expenses we put out for all of this).

When she arrived in Toronto, she got through customs pretty easily but of course missed the 6:18 p.m. flight. That was a foregone conclusion. We then debated whether or not it was possible for her to get out of the airport by bus or some other transportation, in which case she might be able to get to the border at Niagara Falls and somehow cross it so that we could get her. Tracey and I were not sure if I would be allowed over the Canadian border, since I am an American citizen and it might be determined I would not be “essential.” That is what I had been told the day before by Canadian customs over the phone.

It turns out that although Greyhound was operating out of the airport at least to the border, no seats were available either that night or the following morning. We were ready to have her fly out of the airport on the tickets we had for the next morning, but Tracey was able to find a private Uber-type of service that would take Elaine to the Niagara Falls border.

So, while Elaine was being taken to the border, we drove from our end and arrived just a few minutes after she got there. She wasn’t allowed over by foot, but we were able to drive over just enough to get her — switching out her over clothing quickly in the freezing weather outside the car — and then went through U.S. customs control while they checked over everything. Good grief. But we got through.

I didn’t think we’d get her back yesterday but it’s done and we are in 14-day quarantine at the house. We can do this, so please don’t worry. All is well.

Tracey and Elaine and I would like to thank all of you for your kind words and support. It was stressful but it’s done. One thing I can definitely say is I am proud of my daughter, who was as cool as a cucumber while getting through it all. It was insane, her mind was in a whirl, but she did everything perfectly and showed great capability while under pressure.

We are thinking of all of you during this time. And get ready for a Weekly Fireside Chat video upload later today.

33 thoughts on “The Eagle Has Landed!”