There will be no Intelligent Disclosure tonight. Richard is hard at work finishing up his new lectures for this Saturday’s June 6th LIVE EVENT.

A brief video message from Richard…

Click below for a short description of the conference we sent out on mailchimp today. 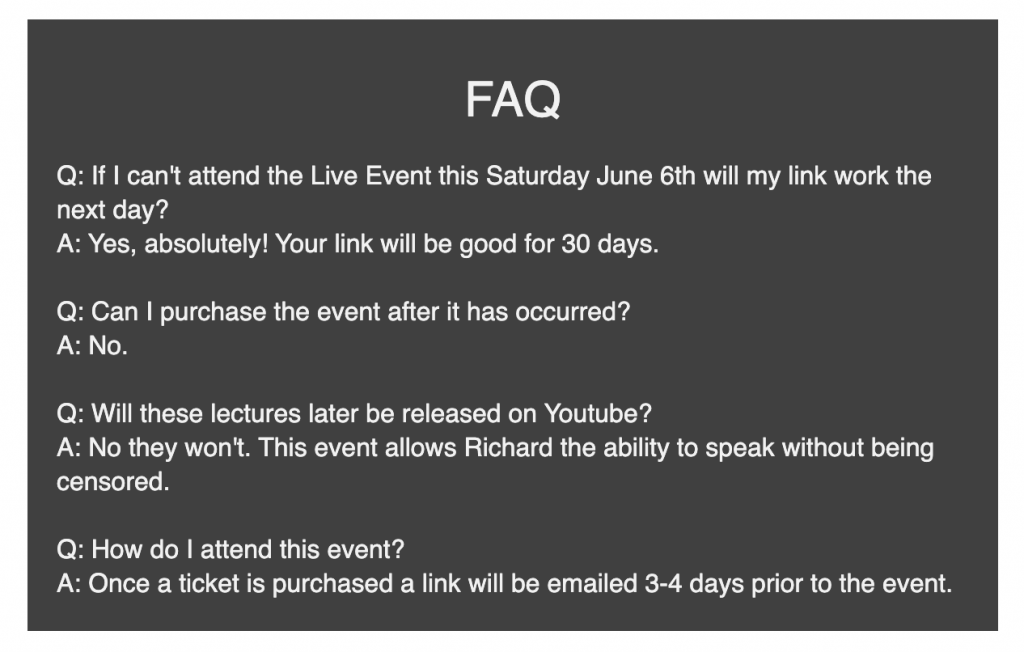 5 thoughts on “No Liveshow this evening. RD is hard at work.”