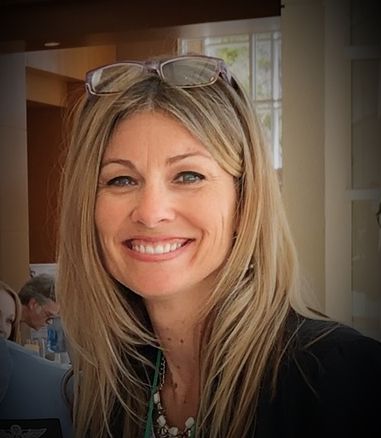 Tracey Garbutt Dolan is a professionally trained remote viewer, co-host of the weekly livestream program, “Intelligent Disclosure” with her husband UFO historian Richard Dolan, and is co-founder / Director of Richarddolanmembers.com.

Many of Tracey’s remote views have been regarded as exceptional, including a striking example of accurately perceiving a location 2600 miles away through the eyes and sense organs of another person. Tracey has also had a number of direct contact experiences with apparent non-human intelligences, all of which she has carefully recorded, and one of which occurred while present with another witness.

She views her contact experiences and her work on remote viewing as an outgrowth and extension of her lifelong spiritual and philosophical endeavors. These include extensive explorative training at the renowned Monroe Institute in Virginia, as well as the Ramtha School of Enlightenment.

Born in Canada, Tracey worked as a graphic artist at EA Sports in Vancouver. Prior to that, during the late 1990s and early 2000s, she was a snowboard instructor in Whistler, British Columbia, where she worked alongside the current Prime Minister of Canada, Justin Trudeau.

Upon coming to the United States, Tracey earned an Interdisciplinary Bachelor’s degree in Psychology and International Studies at the University of South Florida St. Petersburg (Magna Cum Laude). In 2016, she founded and served as President for Big Sisters of Psychology, becoming a widely-recognized leader who inspired many students on their journey of self-discovery. During this period, Tracey became one of the most recognized faces at the university. Her organization was recognized as the university’s Most Innovative Student Program and she was featured in several news media stories, culminating in her presentation for the prestigious TEDx series in 2017 entitled “Saving Our Hidden Visionaries.”

In 2016 Tracey met her husband, UFO researcher Richard Dolan, with whom she has continued to explore spiritual and philosophical paths. Currently, she is conducting research into dreams, with a focus on lucid dreams, suspected contact dreams, and the symbolic language of the subconscious. She has also explored theories of Right/Left Brain dominance as they relate to experiencers and other individuals who have had UFO sightings. She also remains dedicated to understanding global cultures and developing ethical conflict resolution techniques to create a better world.

She can be reached at richarddolanmembers.com, which she helped to create and continues to manage. Email her at traceygarbutt@mac.com.

2 thoughts on “About Tracey Garbutt Dolan”