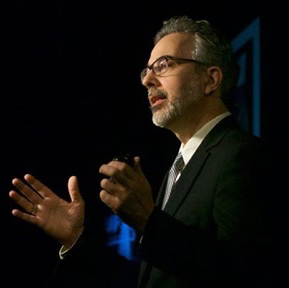 Richard Dolan is a leading researcher, historian, and writer on the subject of UFOs.

He is the author of two volumes of history, UFOs and the National Security State, both ground-breaking works which together provide the most factually complete and accessible narrative of the UFO subject available anywhere. He also co-authored a speculative book about the future, A.D. After Disclosure, the first-ever analysis not only of how UFO secrecy might end, but of the all-important question: what happens next? Richard is also the author of UFOs for the 21st Century Mind, a fresh treatment of the entire subject. In it, he discusses the important sightings, the encounters, the politics, the cover-up, ancient aliens, the bizarre science, disclosure, and offers advice on being both critical and open-minded in today’s world. More recently, Richard has written a series of booklets developed from select lectures on such topics as the idea of a secret space program and UFO secrecy and disclosure in the Trump era.

In addition to his UFO work, Richard wrote and hosted a series on the phenomenon of false flags for Gaia Television. This ten-episode series is groundbreaking as the first historical perspective of false flags through the ages, events in which governments or other agencies committed horrible and traumatic acts which were then blamed on other parties in order to justify and pursue certain objectives. Richard is currently researching and writing the first-ever history of false flags, with a strong focus on the 20th and 21t centuries.

Since 2012, Richard has hosted a weekly radio show, The Richard Dolan Show, on KGRA radio, and currently offers audio podcasts for members of richarddolanmembers.com. He has been featured on numerous television series and documentaries, including Ancient Aliens, Hangar One: The UFO Files, Close Encounters, and many others. He is also a frequent guest on Coast-to-Coast AM with George Noory.

Prior to his interest in UFOs, Richard completed his graduate work at the University of Rochester, where he studied U.S. Cold War strategy, European history, and international diplomacy. Before that, he studied at Alfred University and Oxford University, was a finalist for a Rhodes scholarship.

But for the past two decades, Richard has been a dedicated student of all things related to UFOs, steadily expanding his interests within that topic from his initial focus on government documents and the cover-up. Now his interests include it all, from the deepest aspects of the coverup, to contact and abduction, the science behind the phenomenon, how the phenomenon has affected world culture, his theory of a breakaway civilization, the possible relationship of artificial intelligence and biotechnology to the UFO phenomenon, and the implications of the end of secrecy, that is, the world After Disclosure.

Today, there is no aspect of the phenomenon Richard won’t study. He continues to look forward to exploring this topic in all its depth, a topic he believes opens our doors of perception, challenging us to see the world differently and more clearly.

In addition to his research, Richard’s company, Richard Dolan Press, actively publishes innovative books by authors from around the world, which can be visited at richarddolanpress.com.

2 thoughts on “About Richard Dolan”